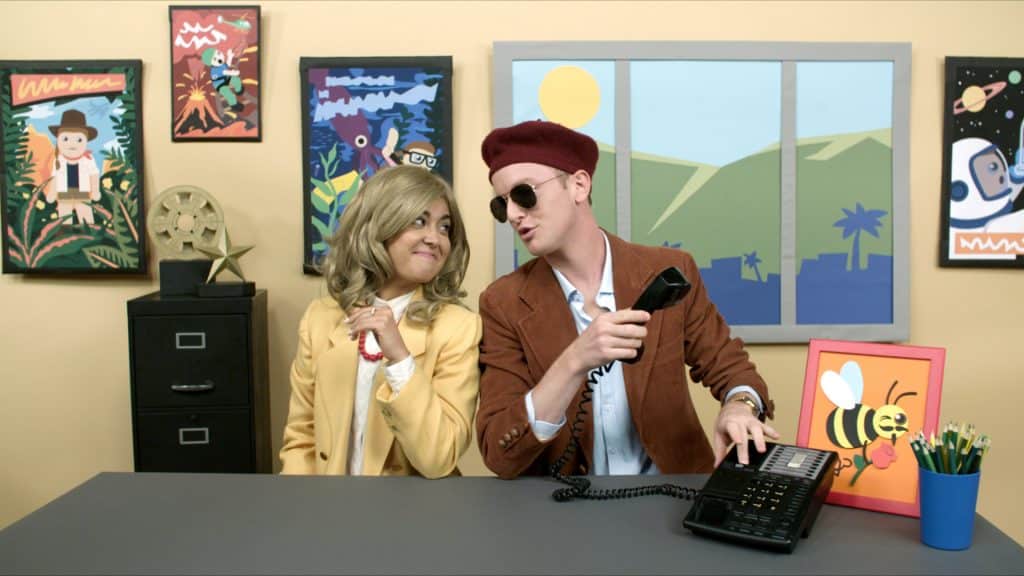 Disney has released episode descriptions for the entire third season of the new Disney+ Original series, “Weird But True”, which is moving from the National Geographic channel.

New episodes will be dropping onto Disney+ weekly from Friday, August 14th.

Dinosaurs
Hosts Charlie Engelman and Carly Ciarrocchi don’t have tickets to their favorite actress’ movie premiere, but somehow their friends do. Charlie and Carly’s quest to get to the Alabama Cones premiere takes them on a fascinating journey to Dinosaur National Monument. There, they hatch a plan with a paleontologist to “dig up” the dough.

National Parks
To protect or enjoy? Hosts Carly and Charlie have two very different plans for the backyard and cannot come to an agreement. Carly thinks backyards are to be enjoyed, and Charlie thinks they should be protected. A visit with park rangers from Yellowstone National Park might just help settle Carly and Charlie’s debate. 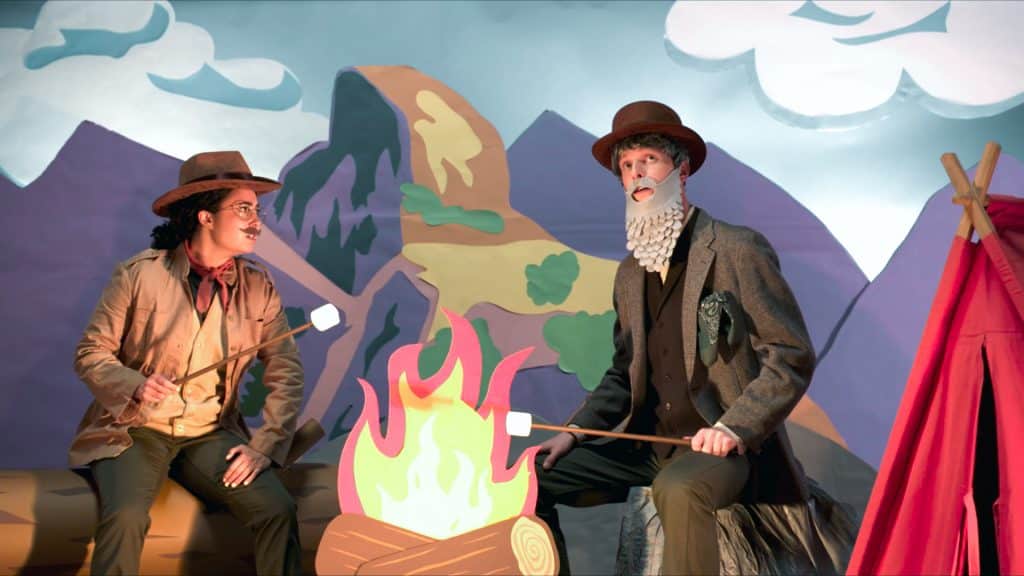 Farming
Charlie and Carly run a fruit-and-vegetable stand outside of headquarters, but lately, they’ve been selling out of their crops faster than they can grow them. Carly has an idea to turn the garden into a farm, but they don’t have enough space to grow everything they need outside. She takes Charlie on a trip to an indoor vertical farm in NYC to learn new possibilities of farming! 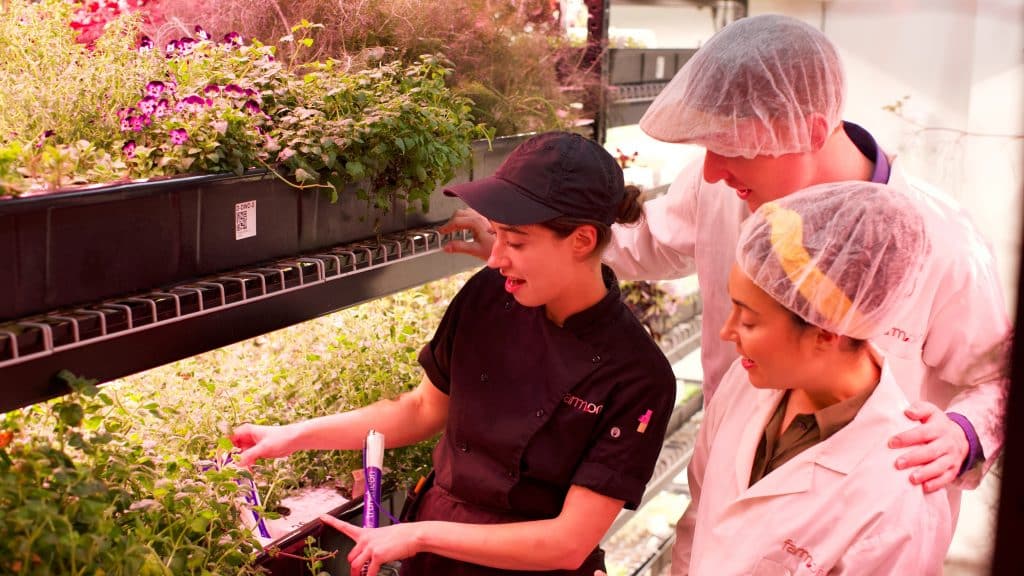 Germs
Hosts Carly and Charlie are nominated for a Daytime Crafty Award! The awards ceremony is just around the corner, and Casey is helping them with their costumes…until she comes down with a cold! To avoid getting sick from the germs Casey is spreading throughout HQ, Carly and Charlie must understand all there is to know about germs. They head to Germfree Laboratories and Mushroom Mountain to examine good hygiene and health practices. 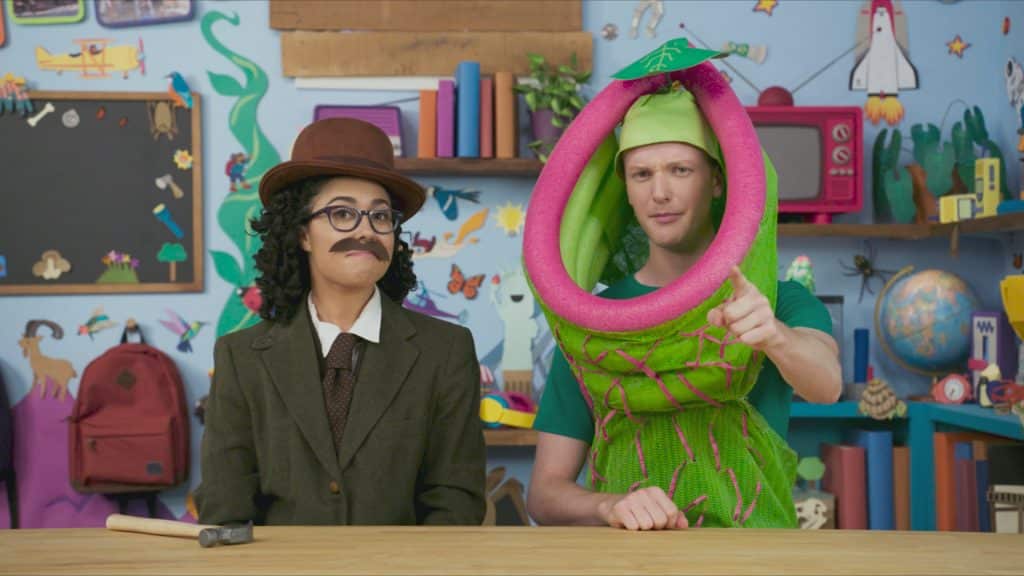 Photography
This year Carly and Charlie’s work is the main attraction at an art gala! This year’s gala focuses on photography, but the duo is not as skilled in this artform. They head to Berkeley to learn from one of the best – National Geographic photographer Anand Varma! Their idea to combine paper art with photography makes their creation the hit of the show!

Trains
It’s Crafty Camper Career Week, and Carly is so excited. All campers are paired with a professional in their respective field, and Carly’s assignment is to shadow a train engineer. After her grandfather organizes a visit to Steamtown Pennsylvania, Carly becomes inspired to improve trains in the future.

Venomous Animals
Super Staple strikes again! The local library’s annual contest is here, and Charlie’s ready to submit his latest comic book for review. Unfortunately, Charlie’s comic book is never picked, so Carly and Charlie embark on a mission to find a new superhero and villain. But when they discover amazing things about venomous animals, Charlie and Carly must decide who the real hero is. They head to California Academy of Sciences to learn all about venomous species.

Our Solar System
Charlie learns that the Global Space Administration is looking for researchers and explorers to go on the Interplanetary Expedition – a one-way trip to explore the solar system. Carly is nervous because a one-way ticket means that they would never come back! So, both she and Charlie head to the Mars habitat in Hawaii to experience what it is like to live in outer space. Renowned astrophysicist Michio Kaku is a special guest star, playing fictional character Buster Infinity. 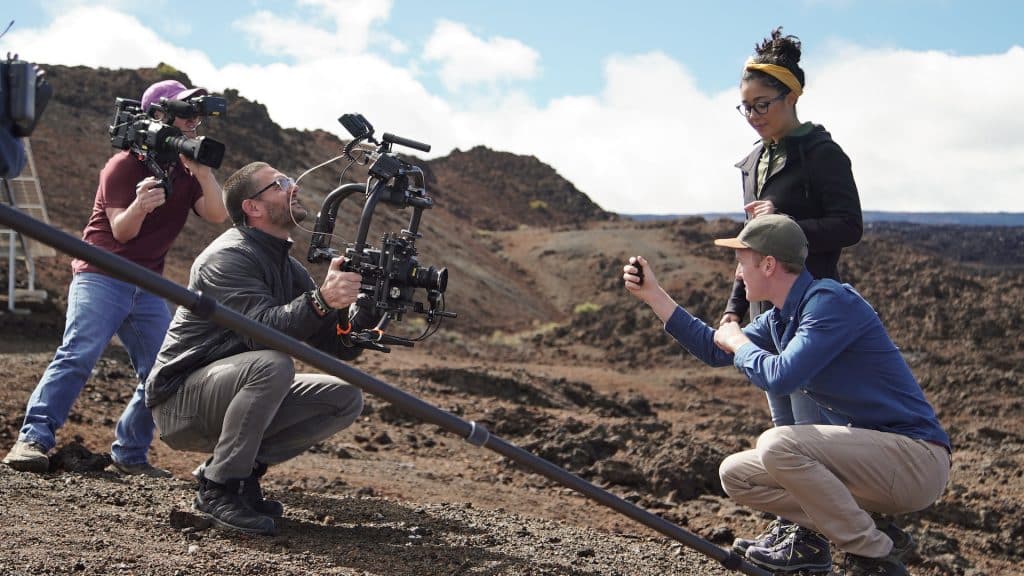 Cooking
Carly and Charlie are planning a surprise party and are in charge of the menu. There’s just one problem, neither of them knows how to cook. The duo attempts a basic burger, but that turns into a disaster. The only way to master the art of cooking is to learn from the experts at the Culinary Institute of America. 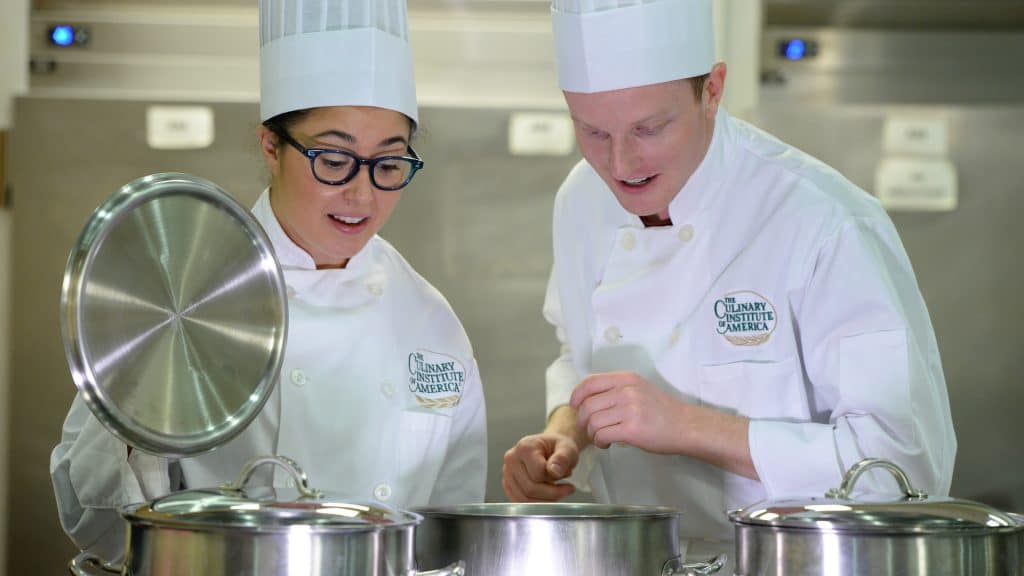 Explorers
The science fair is approaching, and Charlie is looking for the perfect project to blow the judges away: exploration! Carly meets with National Geographic Explorer Darlene Cavalier, who describes how she’s exploring new ways to connect people with science. She’s trying different methods to encourage people to pursue their own curiosity and even become explorers themselves! 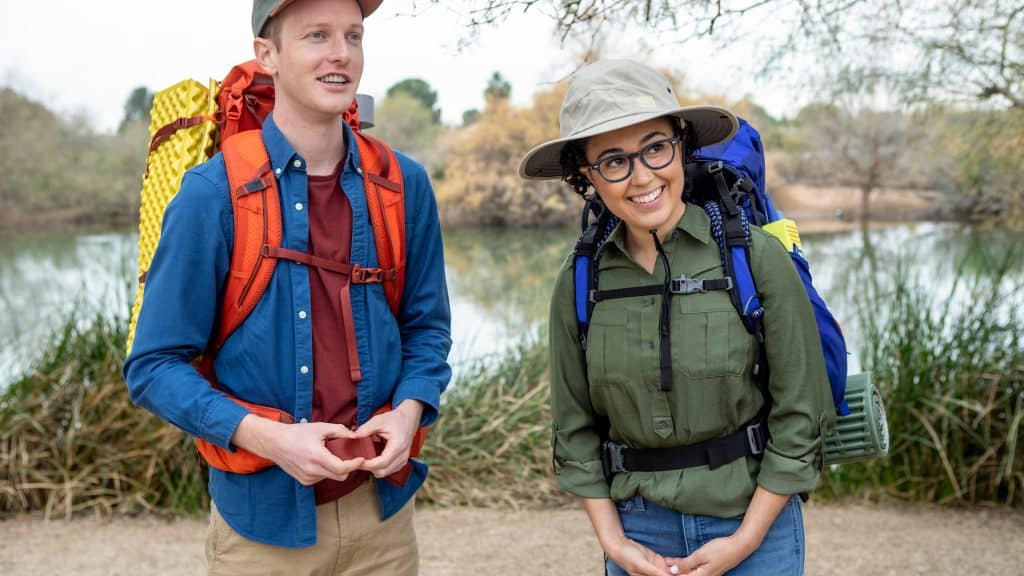 Scuba Diving
Charlie goes on an annual scuba trip every year, and this year it’s the Manta Ray Dive! Because Charlie’s regular buddy, Kirby, can’t go, he thinks he will have to cancel the trip. Despite her fear of scuba, Carly is determined to join him so that Charlie doesn’t have to go alone. Can she overcome her fear? 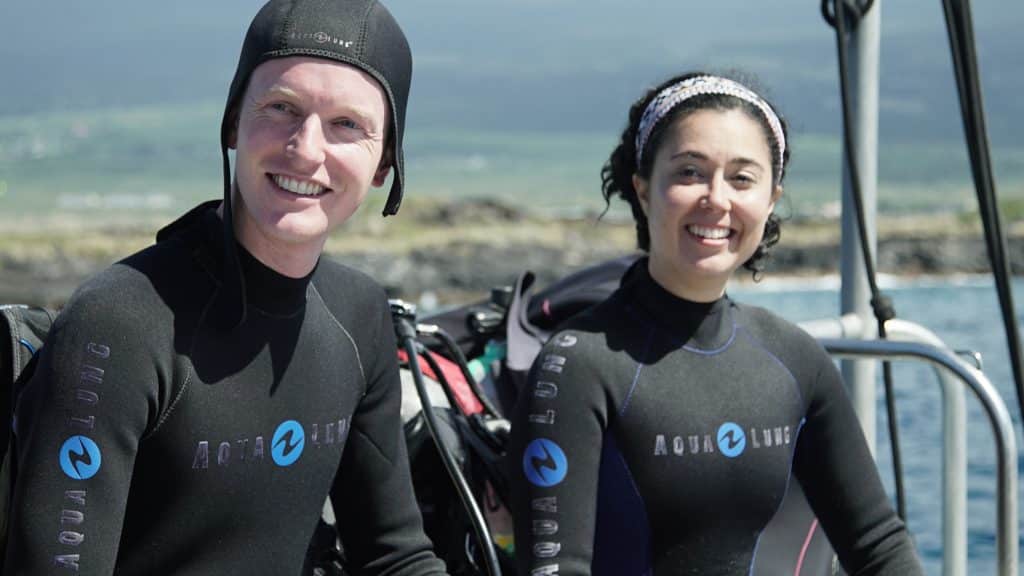 Camping
Carly and Charlie must achieve the rank of master camper, and because they have never personally camped before, they take a trip to Coronado National Forest within Arizona’s Saguaro National Park. There, they get expert advice and begin to fully absorb what it is like to camp and how to become master campers.

Rockets
Patrick just got a cool model rocket, and everybody’s talking about it. A Weird But True! Space Race has officially begun, and Carly and Charlie compete in a series of launches that closely resembles the storyline of the US / Soviet Union Space Race. After learning some key physics principles about rocket flight, they race back to headquarters to build a rocket of their own. 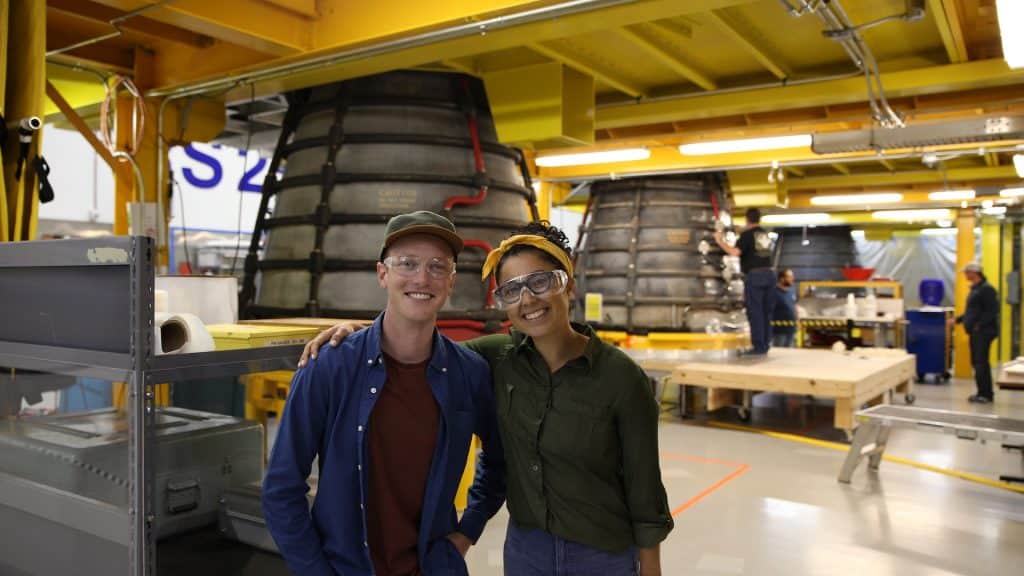 Which episode of “Weird But True” are you looking forward to watching?

Roger has been a Disney fan since he was a kid and this interest has grown over the years. He has visited Disney Parks around the globe and has a vast collection of Disney movies and collectibles. He is the owner of What's On Disney Plus & DisKingdom. Email: Roger@WhatsOnDisneyPlus.com Twitter: Twitter.com/RogPalmerUK Facebook: Facebook.com/rogpalmeruk
View all posts
Tags: Weird but true 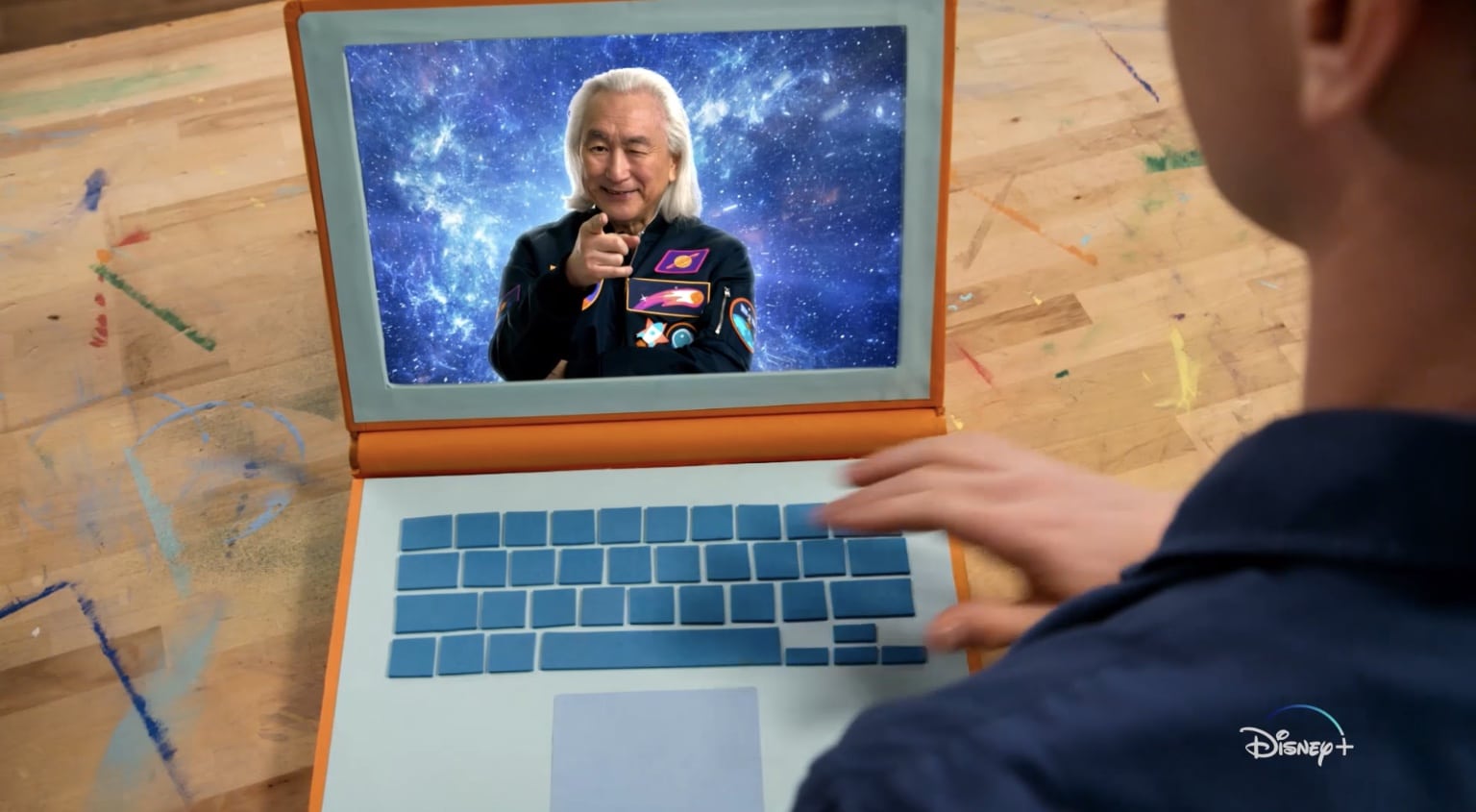