A family from Chicago moves to Louisiana to restore an old hotel that’s said to be haunted in the Disney Channel Series, “The Secrets of Sulphur Springs.” The Campbell family learns about the legend of Savannah, a young girl that supposedly haunts the hotel. Meanwhile, Griffin Campbell and his new friend, Harper, have stumbled onto a bunker that sends them through time when the hotel was up and running and Griffin sees his dad when he was Griffin’s age.

The series has a sense of horror and suspense without going overboard. The first episode didn’t come across super cheesy like some Disney Channel series do. While this will never be confused for the horror and suspense thriller series you can see on Netflix and Amazon Video, it’s got potential for a pre-teen to early teen audience. There’s more to it than some other Disney Channel shows. It reminded me of the old Nickelodeon series “Are You Afraid of the Dark?” You can see how it would be fun, scary for kids without getting into the terrifyingly scary shows of other streaming services. 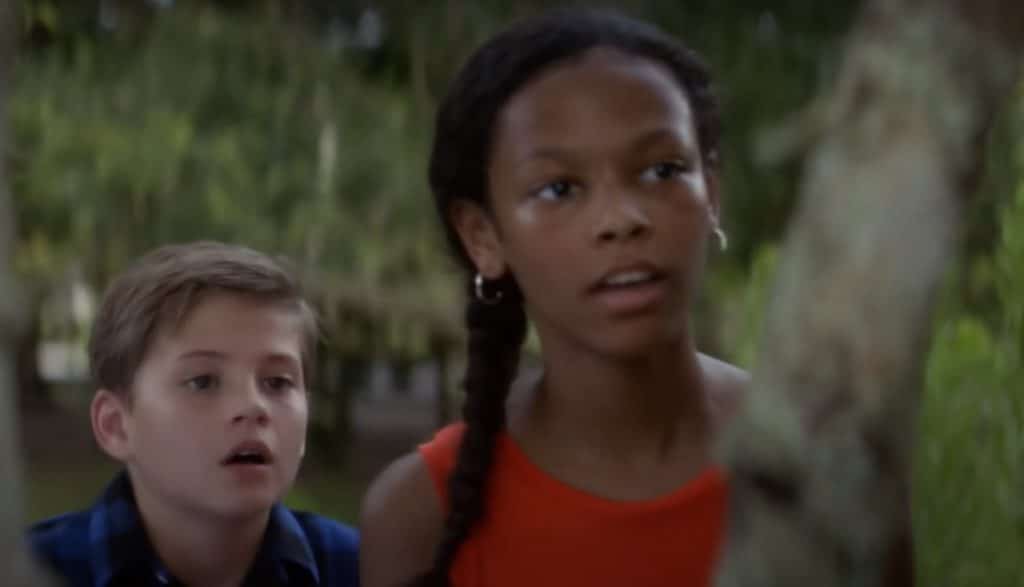 As a reviewer, I’m interested to see where this series goes. There’s an obvious secret the dad is hiding. At the start of the series, he’s just recently cleared out the family savings and moved them from Chicago to Louisiana without telling his family. He says he felt the old hotel calling him. Meanwhile, we see the time travel portal that allows his son to see him when he was only 12. There’s a clear connection between Bennett Campbell and the mystery of Savannah that will grab the attention of the viewer. Plus, I want to know more about Savannah. Everyone in the town is intrigued by this hotel and the family that now lives there. It’s a fun mystery for the right audience.

I doubt any adult who sees this series will sit down and watch this on their own. But, that’s okay, because it’s not meant for them. But, as a parent, I would be perfectly fine letting my son watch this if he’s interested in a suspenseful show. It’s got potential. I think kids that like horror and suspense will like this.

What did you think of episode one of “The Secrets of Sulphur Springs?”

Jeremy has been a big Disney fan since he was a kid growing up during the Disney Renaissance. One day he hopes to go to every Disney Park in the world.
View all posts
Tags: disney, Disney Channel, review, The Secrets of Sulphur Springs