“The Right Stuff” Coming To Disney+ This Fall 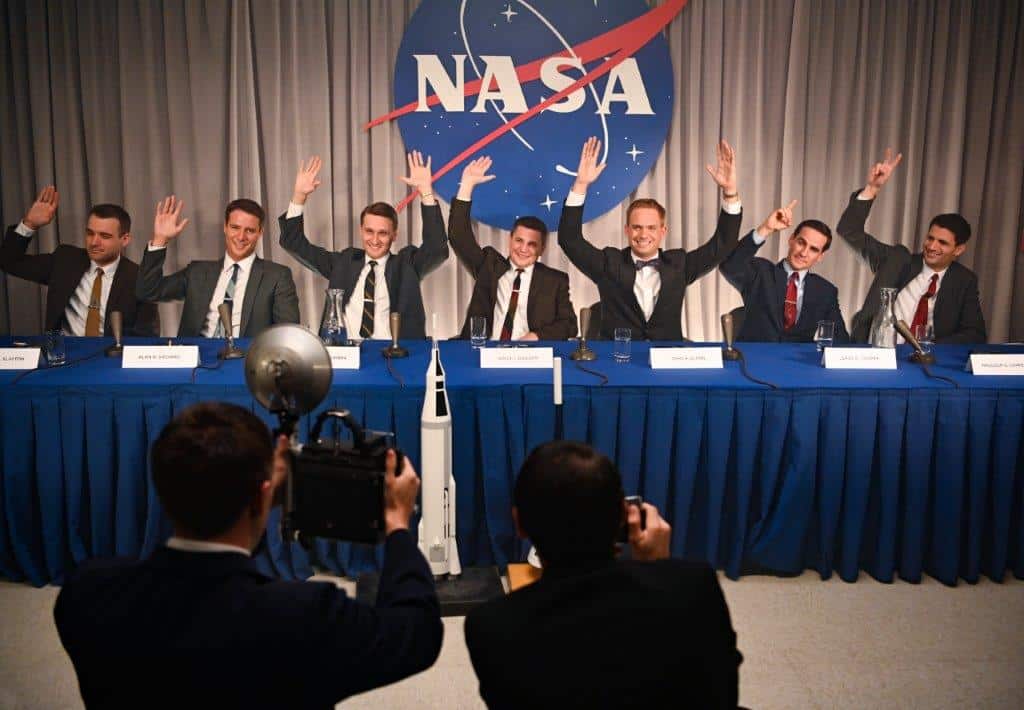 “The Right Stuff” Coming To Disney+ This Fall

Disney+ announced today that the original scripted series “The Right Stuff” from National Geographic will premiere this fall on Disney+. Produced for National Geographic by Appian Way and Warner Horizon Scripted Television, “The Right Stuff” is adapted from Tom Wolfe’s iconic, bestselling nonfiction account of the early days of the U.S. space program.

The eight-episode, scripted series takes a clear-eyed look at what would become America’s first “reality show,” as ambitious astronauts and their families become instant celebrities in a competition that could kill them or make them immortal.

The two men at the center of the story are Major John Glenn, a revered test pilot and committed family man with unwavering principles, portrayed by Patrick J. Adams (“Suits”), and Lieutenant Commander Alan Shepard, one of the best test pilots in Navy history, portrayed by Jake McDorman (“What We Do in the Shadows,” “Lady Bird”).

At the height of the Cold War in 1959, the Soviet Union dominates the space race. To combat a national sentiment of fear and decline, the U.S. government conceives of NASA’s Project Mercury, igniting a space race with the Soviets and making instant celebrities of a handful of the military’s most accomplished test pilots. These individuals, who come to be known as the Mercury Seven, are forged into heroes long before they have achieved a single heroic act. The nation’s best engineers estimate they need several decades to make it into outer space. They are given two years.

The rest of the Mercury Seven includes Lieutenant Gordon Cooper, portrayed by Colin O’Donoghue (“Once Upon a Time,” “Carrie Pilby,” “The Rite”), the youngest of the seven who was selected to everyone’s surprise; Wally Schirra, portrayed by Aaron Staton (“Mad Men,” “Narcos: Mexico,” “Castle Rock”), a competitive pilot with a gift for pulling pranks; Scott Carpenter, portrayed by James Lafferty (“The Haunting of Hill House,” “Small Town Crime”), a soulful man who was dubbed “The Poet” by the other astronauts; Deke Slayton, portrayed by Micah Stock (“Brittany Runs a Marathon,” “Escape at Dannemora”), a taciturn but incredibly intelligent pilot and engineer; and Gus Grissom, portrayed by Michael Trotter (“Underground,” “The Evening Hour”), a no-nonsense test pilot who eventually becomes the second man in space.

The astronauts’ strengths are equaled only by their flaws. As the men succumb to the temptations that surround them, Project Mercury threatens to come apart. At the heart of the historic drama populated by deeply human characters are two men who become icons — Glenn and Shepard — as they jockey to be the first man in space. The entire program is nearly brought to its knees by their intense rivalry.

The series also follows NASA’s engineers, who work against the clock as pressures mount from Washington and a transfixed public. And we witness the underbelly of a myth-making propaganda machine headed by NASA’s PR department and aided by the writers and editors at LIFE Magazine.

“This true story of scientific innovation and human perseverance could not be more timely,” said Courteney Monroe, president, National Geographic Global Television Networks. “National Geographic’s The Right Stuff’ is an aspirational story about exploration, ambition, determination and resilience and reminds us that human beings can achieve the extraordinary when united by a common purpose. This series provides a compelling behind-the-scenes look at the flawed, but heroic Mercury 7 astronauts and we are thrilled that it has found its perfect home on Disney+.” 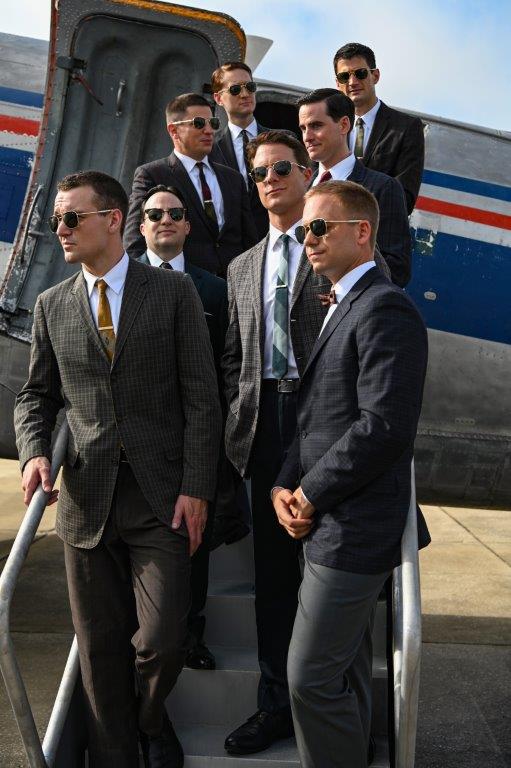 “As our audiences around the world turn to Disney+ to find inspiration and optimism, we believe the true-life heroism of the Mercury 7 will showcase the tenacity of the human spirit and inspire a new generation to reach for the stars,” said Ricky Strauss, president, Content & Marketing, Disney+. “The wonderful team of storytellers at National Geographic, Warner Horizon Scripted Television and Appian Way have crafted a compelling and entertaining tale and we are honored to give it a global home as the first scripted Disney+ original series from National Geographic.

“Tom Wolfe’s book brilliantly captured a critical moment in American history that really resonated with all of us at Appian Way and Nat Geo,” noted Davisson, “Disney+ is the perfect partner to bring forth this story of what it takes to truly achieve something extraordinary, but also the personal costs of that ambition.”

Added Lafferty, “’The Right Stuff’ evokes the wonder and awe of the moment we first escaped the bounds of our only home and ventured into the unknown. But the show is as much about who we are today as it is about our historic achievements. At a time when the world is confronted with significant challenges, this story reminds us that what seems impossible today can become the triumph of tomorrow.”

The rest of the ensemble cast includes Nora Zehetner (“Brick,” “Creative Control”) as Annie Glenn, the wife of John Glenn and his childhood sweetheart who has a speech impairment that can sometimes make communication difficult; Eloise Mumford (“Fifty Shades of Grey” franchise) as Trudy Cooper, Gordon Cooper’s wife and an accomplished pilot herself, with her rocky marriage to Gordon providing conflict throughout the season; and Shannon Lucio (“Prison Break,” “True Blood”) as Louise Shepard, Alan Shepard’s devoted and long-suffering wife.

Patrick Fischler (“Twin Peaks,” “Mad Men”) plays Bob Gilruth, a soft-spoken rocket scientist who is the partner of the more brash Chris Kraft, who is portrayed by Eric Ladin (“American Sniper”). They are critical members of NASA’s Space Task group, charged by President Dwight Eisenhower with putting a man into space faster than seems humanly possible. They’re racing against the clock as pressures mount from Washington and a transfixed public.

As the Mercury 7 astronauts are thrust into the public eye, NASA’s PR department goes into overdrive to paint the perfect picture, aided by the writers and editors at LIFE Magazine. Danny Strong (“Billions”) plays John “Shorty” Powers, NASA’s omnipresent PR man, constantly taking the astronauts on glad-handing trips to factories and rubber-chicken dinners in order to spur public enthusiasm, and thus, appropriations from congress for the space program. Josh Cooke (“Grace and Frankie,” “The Marvelous Mrs. Maisel”) plays Loudon Wainwright Jr., LIFE Magazine’s star reporter, who is tasked with writing the biographies of all seven astronauts and has the keenest look at what’s really transpiring.

Are you looking forward to seeing “The Right Stuff” on Disney+?