What's On Disney Plus > Blog > Brands > Disney > The Quest Review

Disney blends reality competition television with the fantasy genre in the 2022 Disney+ Original Series “The Quest.” It’s essentially a reboot of a 2014 show that aired on ABC. A group of teenagers travels to the fictional world of Everealm where they compete in a series of challenges to find out who is the One True Hero who will help guard the world from an evil sorceress who is trying to conquer Everealm. Along the way, the teens receive help from the heirs to the throne who are trying to protect the world.

The best way I can describe this show is… interesting. Admittedly, when I was a teenager, if you told me I could be on a television show that mixes competition with the fantasy genre, I would’ve jumped at the chance to compete. I would’ve loved to watch this show and I would’ve loved the opportunity to appear on this show. But, as an adult, it doesn’t hit the same. I spent more time trying to figure out whether this series wanted to be a competition show or a fantasy show. It seemed like a weird blend that I’m still not entirely sure if it hit how they intended. 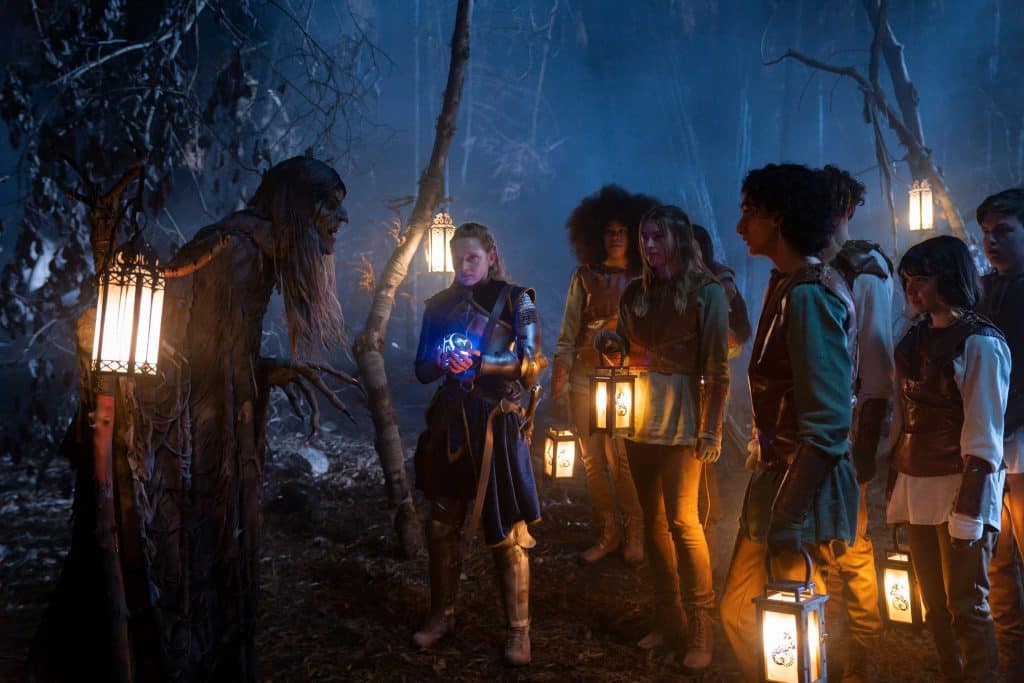 I think I would’ve preferred if this series hadn’t tried to blend the two genres together. If this were a straight fantasy show that focuses on teenagers needing to save a mystical realm, I would’ve liked it a lot more. If this were more of a game show where kids compete in fantasy and medieval challenges, I wouldn’t have liked it as much as the fantasy show, but I still would’ve liked it a little better than what I saw. It would’ve been very reminiscent of “Legends of the Hidden Temple,” so it would’ve been nice nostalgia for me.

I liked elements of this show but didn’t really like it as a whole. I’m not the target demographic, so that’s okay. I bet teenagers, especially American teenagers, and pre-teens will love this show. There’s a lot to like about it. I read that it’s already been renewed for two more seasons and even though I wasn’t too keen on it, I’m happy that it’ll be around for those who are.

What did you think of “The Quest?”

Jeremy has been a big Disney fan since he was a kid growing up during the Disney Renaissance. One day he hopes to go to every Disney Park in the world.
View all posts
Tags: disney, Disney+ Original Series, review, The quest