Walt Disney Records has released the soundtrack to the first four episodes of the second season of Star Wars: The Mandalorian.  It’s available now on digital platforms including Amazon.  The soundtrack has been composed by Ludwig Göransson.

Earlier this year, Göransson won his first Emmy for “The Mandalorian” “Chapter 8: Redemption” in the Outstanding Music Composition For A Series (Original Dramatic Score) category.   For the first season of “The Mandalorian,” Göranssonreleased eight full-length albums, one album per episode, with recurring themes throughout the season.  This season, he will release the soundtrack in two volumes containing new musical themes, sounds and ideas.

The score and character themes feature instruments played by Göransson including the bass recorder, woodwinds, drums, guitars, piano and percussion.  The organic elements from those instruments are then infused with tech sounds and a cinematic orchestra.

The Mandalorian Season 2, Volume 2 (Chapters 13-16) digital album will be available on December 18th.

Here is a look at the cover: 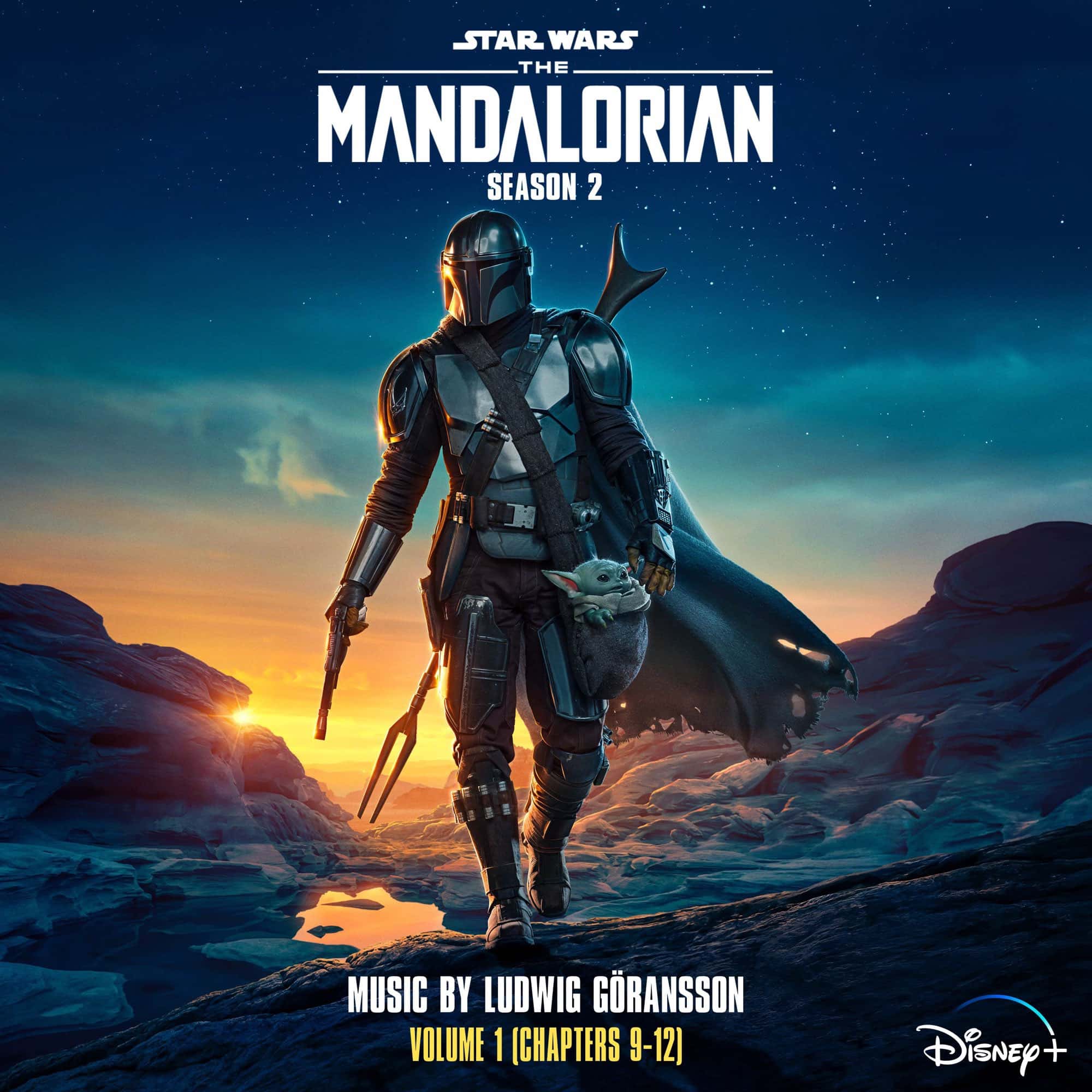 Are you going to be downloading this new soundtrack?

Roger has been a Disney fan since he was a kid and this interest has grown over the years. He has visited Disney Parks around the globe and has a vast collection of Disney movies and collectibles. He is the owner of What's On Disney Plus & DisKingdom. Email: Roger@WhatsOnDisneyPlus.com Twitter: Twitter.com/RogPalmerUK Facebook: Facebook.com/rogpalmeruk
View all posts
Tags: soundtrack, star wars, the mandalorian