Sony continue to dive into Marvel’s back catalog of Spider-Man characters that are included in its existing contract, as Deadline is reporting that Sony has hired Marc Guggenheim to write the script for “Jackpot”.

Jackpot’s was introduced in 20o7 in a Free Comic Book Day giveaway issue called Spider-Man: Swing Shift. Sara Ehret gains superhuman strength, when undergoing gene therapy.   However, she gives up the life of a superhero life when Alana Jobson buys her identity.  She later uses enchantment drugs to gain superpowers, but ends up dying, which brings Sara Ehret back to take on the mantle. 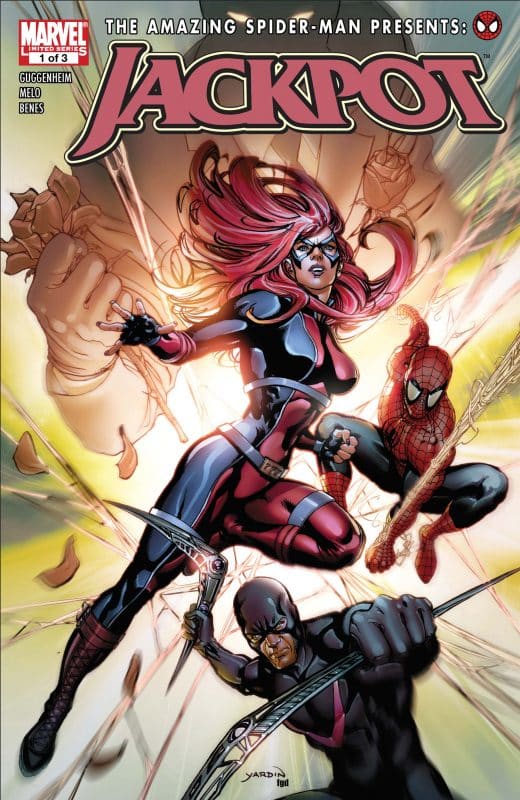 Marc Guggenheim has written issues of the comic book series, with Brian Reed. He has also worked on many other comic book titles plus TV shows including Arrow and CSI: Miami.

Sony has a number of Spider-Man spinoff movies in production including Morbius, Venom: Let There Be Carnage, Silk, Nightwatch, Madame Web and Kraven the Hunter, in addition to working with Marvel Studios on a new Spider-Man movie with Tom Holland.

What do you think of Sony making a “Jackpot” movie?

Roger has been a Disney fan since he was a kid and this interest has grown over the years. He has visited Disney Parks around the globe and has a vast collection of Disney movies and collectibles. He is the owner of What's On Disney Plus & DisKingdom. Email: Roger@WhatsOnDisneyPlus.com Twitter: Twitter.com/RogPalmerUK Facebook: Facebook.com/rogpalmeruk
View all posts
Tags: jackpot, Marvel