Disney has released a poster and a sneak peak trailer for a brand new Pixar Sparkshort called “Out”, which will be coming to Disney+ on Friday 22nd May.  This new short tells the story of Greg and his dog, who is struggling to tell to come “out” to his parents that he is gay.

The SparkShorts program is designed to discover new storytellers, explore new storytelling techniques, and experiment with new production workflows. These films are unlike anything Pixar has ever done at Pixar and it provides an opportunity to unlock the potential of individual artists and their inventive filmmaking approaches on a smaller scale than traditional movies.

And check out this new poster for “Out” 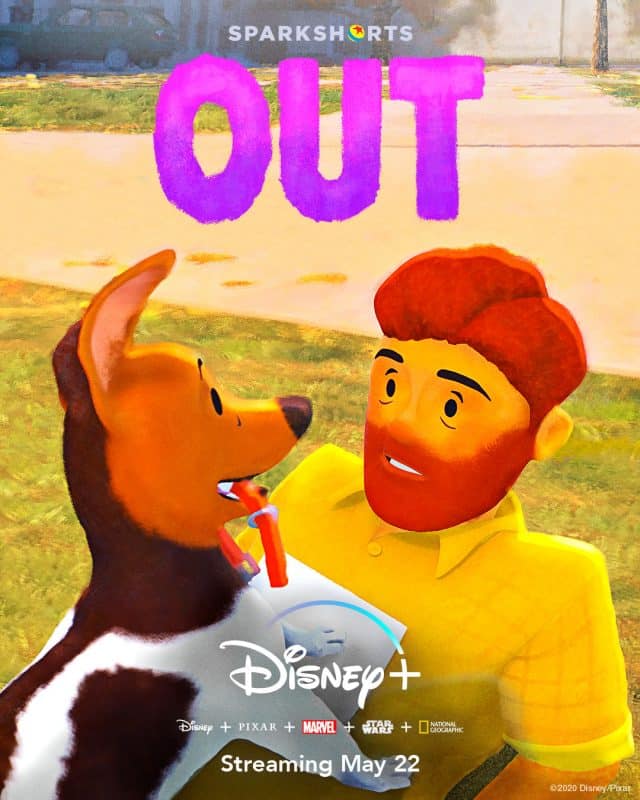 Are you looking forward to seeing “Out” on Disney+ this weekend?