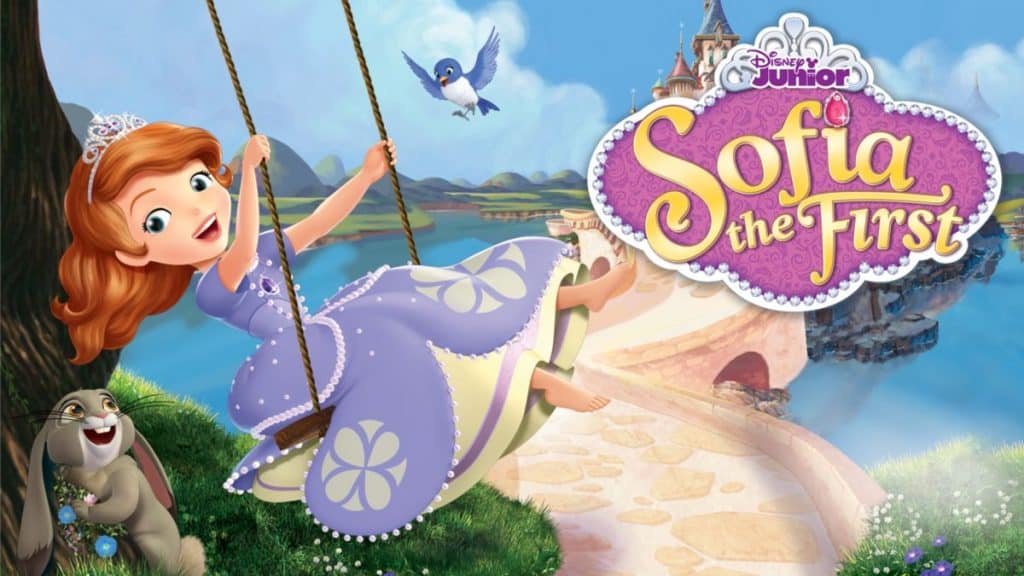 Disney has announced that the first four seasons of the popular Disney Junior series, “Sofia The First,” are coming to Disney+ in the United States on Wednesday, 12th October 2022.

Once upon a time in the kingdom of Enchancia, Sofia became a princess. With her mother, Miranda, now married to King Roland II, Sofia has to learn the royal ropes! To help Sofia along the way are the three headmistresses of Royal Prep Academy, Fauna, Flora and Merryweather, her royal steward, Baileywick, and a group of cute woodland creatures led by a wise-talking rabbit, Clover. On her journey, Sofia will discover that looking like royalty isn’t all that difficult, but being a true princess has to come from the heart.

Created for kids age 2-7 and their parents/caregivers, the stories in “Sofia the First” are designed to communicate positive messages and life lessons applicable to young children. Each 22-minute episode of “Sofia the First” follows Sofia as she goes on an adventure and either learns some lesson herself or helps others around her learn a lesson.

The series is already available on Disney+ in many countries, but marks the first time the series has been available for US subscribers, as it was previously exclusive to Netflix.

Will you be checking out “Sofia The First” on Disney+?

Roger has been a Disney fan since he was a kid and this interest has grown over the years. He has visited Disney Parks around the globe and has a vast collection of Disney movies and collectibles. He is the owner of What's On Disney Plus & DisKingdom. Email: Roger@WhatsOnDisneyPlus.com Twitter: Twitter.com/RogPalmerUK Facebook: Facebook.com/rogpalmeruk
View all posts
Tags: sofia the first