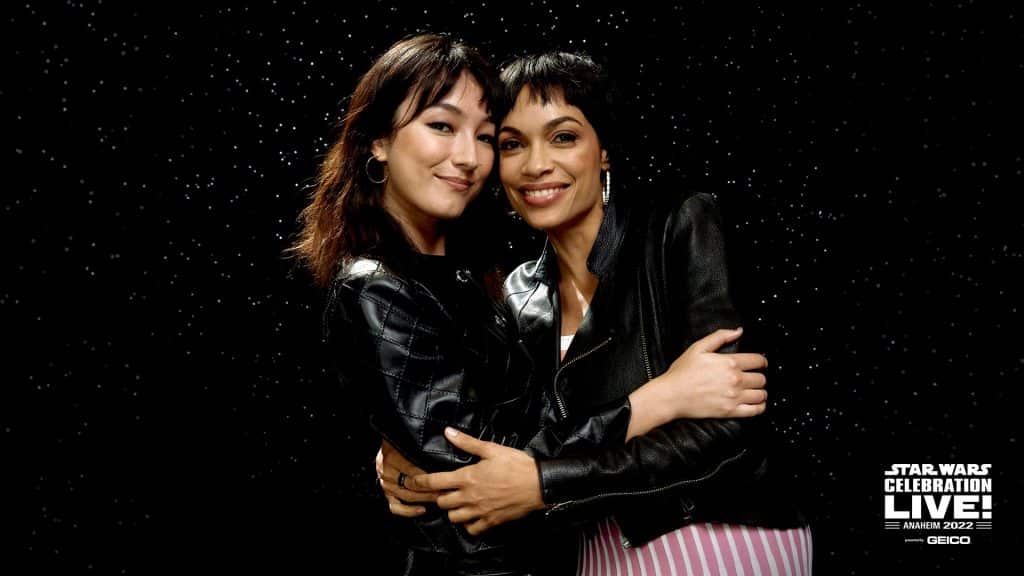 At Star Wars Celebration, it was finally officially announced that Natasha Liu Bordizzo is going to be starring as Sabine Wren in the upcoming Disney+ series, “Ahsoka”, which is coming to Disney+ in 2023.

Natasha Liu Bordizzo and Rosario Dawson made an appearance on the Star Wars Celebration LIVE stage to discuss the upcoming Disney+ series, “Ahsoka”.

She went onto say that:

“Sabine means so much to SO many people. I have known that I would be playing Sabine for a year and I’m so relieved that I can openly fangirl with the rest of you.”

And Rosario explained how the “Star Wars: Rebels” creator Dave Filoni is a major part of the new show:

“We have Dave on set every single day who is just the most remarkable collaborator.”