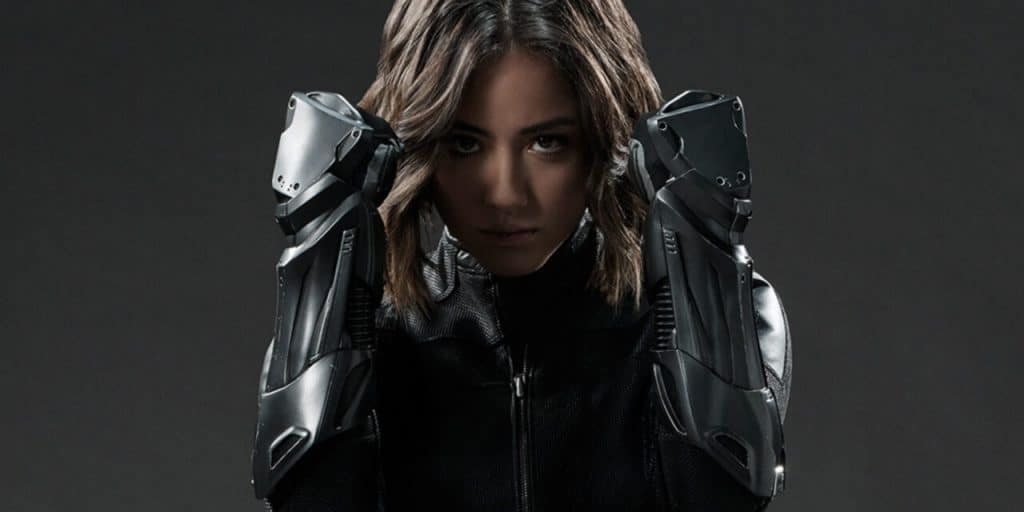 Recently it was reported that Marvel are rumored to be in early development of making a Disney+ series based on the Secret Warriors, which is a group of superheroes including Quake.  This lead to speculation that with the seventh and final season Marvel’s Agents of Shield is coming to ABC this month, this could be where the future lies for some of these characters including YoYo and Quake.  With many speculating that Quake would lead the Disney+, however this might not be the case.

Chloe Bennet, who plays Daisy Johnson aka Quake in Agents of Shield, was taking part in a question and answer session on Twitter and was asked about the “Secret Warriors” series and she replied:

“I wish that were true… but they aren’t… I haven’t heard anything about that besides on [Twitter].”

Up until recently,  Marvel Television was behind shows like Agents of Shield, Cloak & Dagger, Runaways, Daredevil and others, but now that Marvel Studios have taken full control over all live action versions, it seems they might want to do a clean sweep and start afresh with these characters in the MCU.   While these previous Marvel shows are supposed to be part of the larger MCU, they generally have been kept separate, often just making references to the “events in New York” from the first Avengers movie or just name dropping other characters like Captain America.

With the Secret Warriors series still in the early stages of development, things could change and hopefully we could see her move over to the new Disney+ series.  Or she just isn’t allowed to talk about the show yet!

Would you like to see Chloe Bennet return as Quake in the new Disney+ Secret Warriors series?

Roger has been a Disney fan since he was a kid and this interest has grown over the years. He has visited Disney Parks around the globe and has a vast collection of Disney movies and collectibles. He is the owner of What's On Disney Plus & DisKingdom. Email: Roger@WhatsOnDisneyPlus.com Twitter: Twitter.com/RogPalmerUK Facebook: Facebook.com/rogpalmeruk
View all posts
Tags: Marvel, Secret warriors