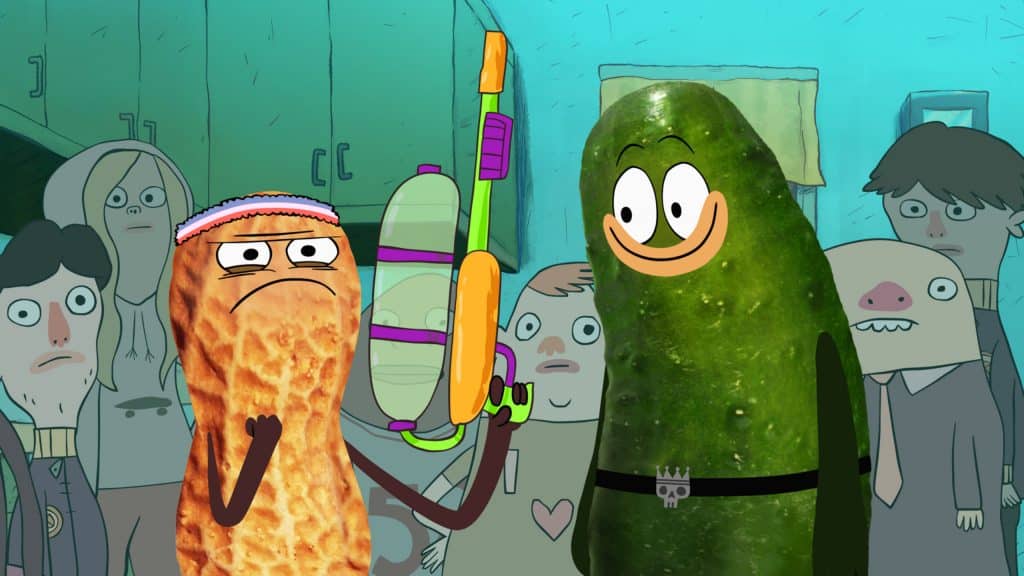 Disney has announced it will be releasing both seasons of the Disney XD animated series “Pickle and Peanut” will be coming to Disney+ in the United States on Friday 26th March.

The animated series originally debuted on Disney XD in 2015 and was created by Noah Z. Jones, who is the creator of “Fish Hooks” and “Almost Naked Animals”.  It stars Jon Heder, Johnny Pemberton, Noah Z. Jones and Joel Trussell,

The series focuses on two best friends—an emotional pickle and a freewheeling peanut who live in East Reno, Nevada and together experience adventures and dream up plans to be anything but ordinary.

Both seasons are also available on Hulu in the United States.

Are you looking forward to seeing “Pickle and Peanut” coming to Disney+?

Roger has been a Disney fan since he was a kid and this interest has grown over the years. He has visited Disney Parks around the globe and has a vast collection of Disney movies and collectibles. He is the owner of What's On Disney Plus & DisKingdom. Email: Roger@WhatsOnDisneyPlus.com Twitter: Twitter.com/RogPalmerUK Facebook: Facebook.com/rogpalmeruk
View all posts
Tags: pickle and peanut