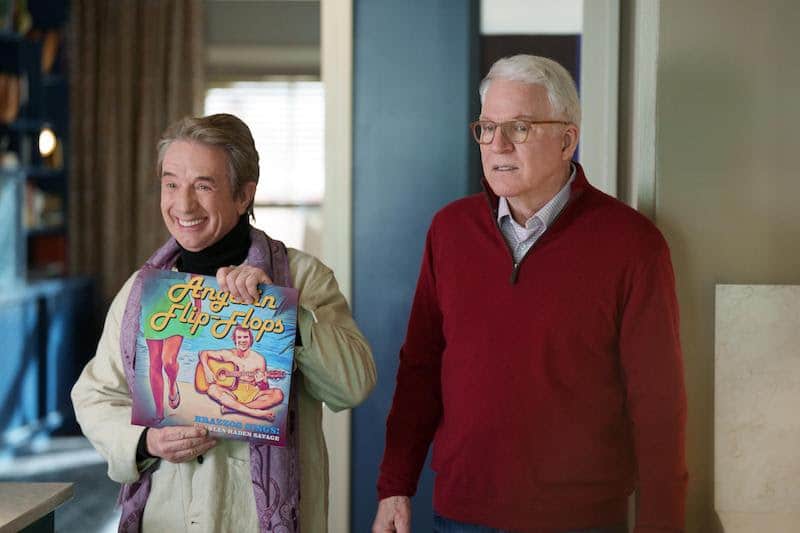 Disney has released a new music video of “Angel in Flip Flops”, which appeared in last week’s episode of “Only Murders In The Building”.

In the series, Charles-Haden Savage’s “hit” song, debuted at #83 on the German music charts in 1989! “Angel in Flip Flops” (written by Steve Martin and Kirker Butler, produced by Paul Schaffer) is also available to download on digital platforms, including Spotify.

“I am as proud of ‘Angel in Flip Flops’ as I am of any work I’ve done that is not that good.”

“When the notion came up in our writers’ room of Charles-Haden Savage, at the height of his success with his original “Brazzos” series, maybe having recorded an album that did really well in Germany before the Berlin Wall fell, we knew we had to talk further about it — immediately! And so we did — and when we shared this idea with Steve Martin — well, I think it was a day (if even?) before Steve had a title and a tune making its way through his genius mind and we were more than off and running. Steve dove in with Kirker Butler to craft a late 20th century classic and then, incredibly, along came Paul Shaffer to arrange that classic that is now our “Angel In Flip-Flops.” We’re all hoping for a revival of interest in the tune, of course — in Germany, and all parts of the world without walls!”

“Only Murders In The Building” is available to stream now on Hulu in the US, on Star+ in Latin America and on Disney+ around the world.