To tie in with the release of the upcoming Disney+ series, “Star Wars: Obi-Wan Kenobi”, Kelloggs has announced a new special box of Frosted Flakes cereal.

Master the light side (and the dark side) with original and chocolatey flavours in one cereal bowl. Frosted Flakes Obi-Wan Kenobi Cereal comes with limited-edition packaging showing Tony the Tiger dressed as Obi-Wan Kenobi and Darth Vader. 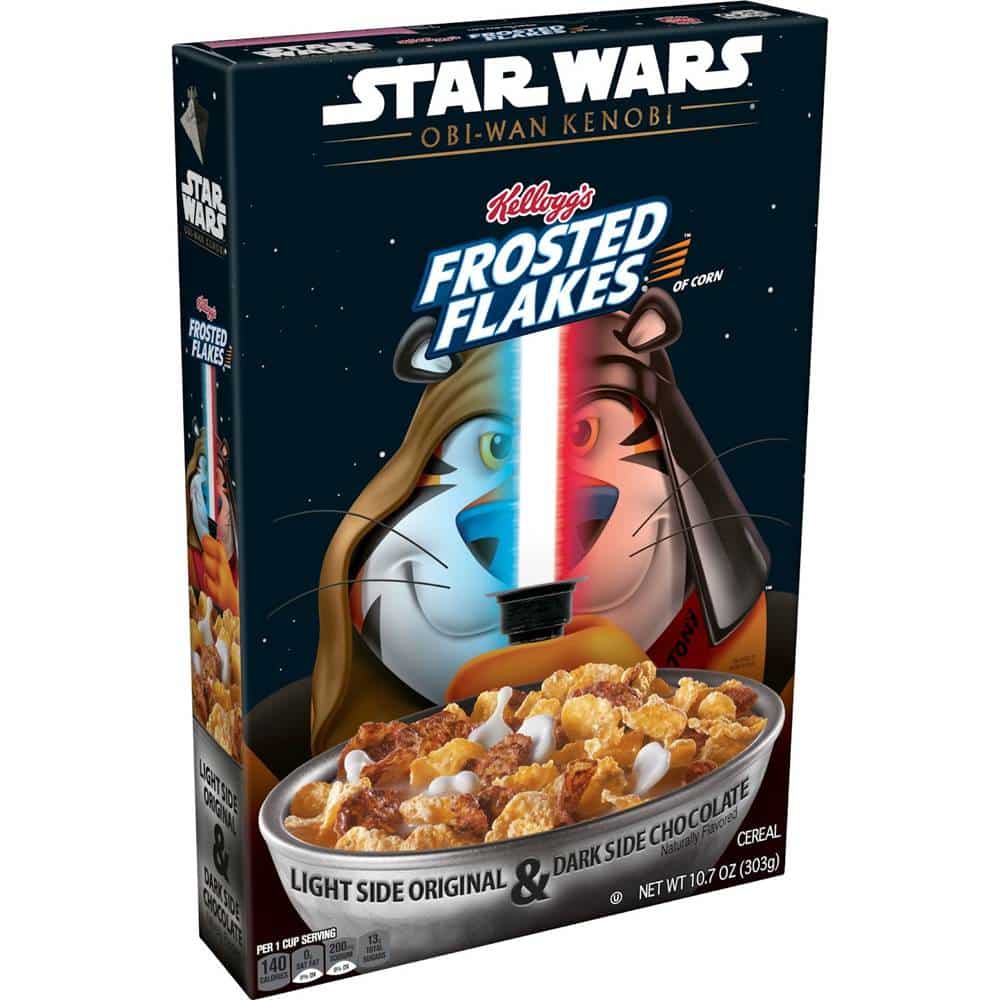 Sadie Garcia, Director of Brand Marketing at Kellogg All Family Cereal said in a statement:

“For decades, Star Wars has united fans across generations for movie nights and we look forward to doing the same at the breakfast table with the release of our new Kellogg’s Frosted Flakes Obi-Wan Kenobi cereal”.

The new “Obi-Wan Kenobi” themed Frosted Flakes will be available in select retail stores in July!

“Obi-Wan Kenobi” will premiere on Disney+ on Friday 27th May 2022 with two episodes, with further episodes being released on Wednesdays in June.

Do you think these new Frosted Flakes will be great!?