Pixar’s David Larry has revealed a new poster for the upcoming SparkShorts, “Loop”, which will be coming soon to Disney+. “Loop” is directed by Erica Milsom and has been produced by Michael Warch and Kirsty C.

“Loop”, follows a non-verbal, autistic girl and a chatty boy who are partnered together on a canoeing trip. To complete their journey across an urban lake, they must both learn how the other experiences the world. 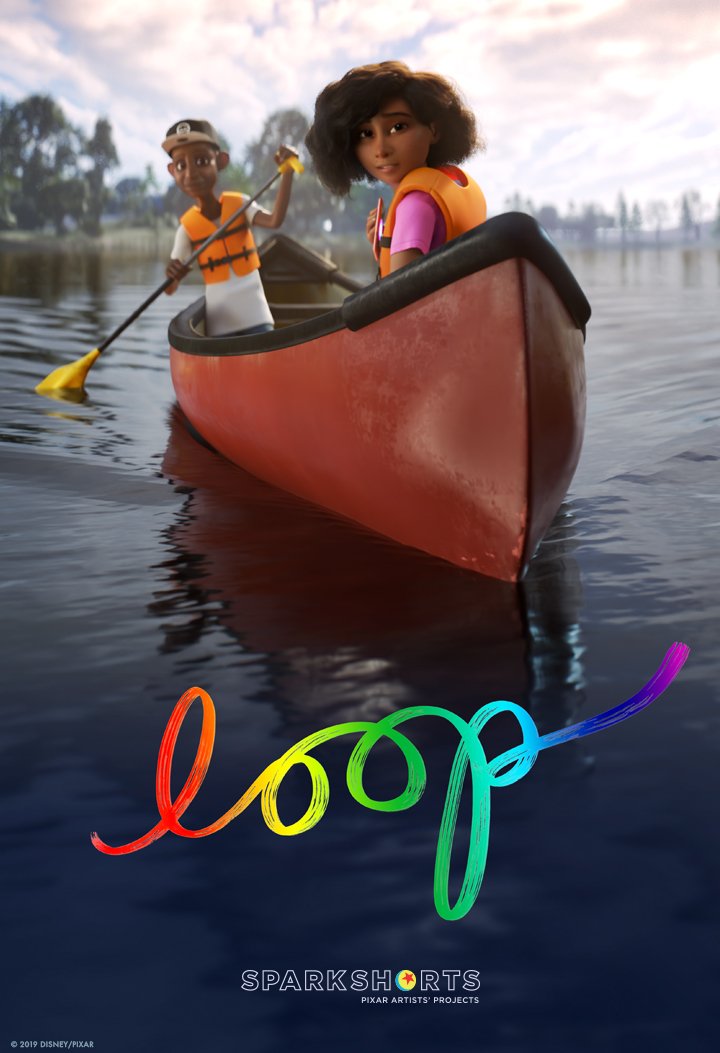 Are you excited for “Loop”?

Roger has been a Disney fan since he was a kid and this interest has grown over the years. He has visited Disney Parks around the globe and has a vast collection of Disney movies and collectibles. He is the owner of What's On Disney Plus & DisKingdom. Email: Roger@WhatsOnDisneyPlus.com Twitter: Twitter.com/RogPalmerUK Facebook: Facebook.com/rogpalmeruk
View all posts
Tags: disney, pixar, sparkshorts