During the Studio Showcase panel at the D23 Expo, Disney revealed a brand new trailer for “Hocus Pocus 2”, which is coming to Disney+ on September 30th 2022.  Fans in attendance got to see an introduction from the three main actors, Bette Midler, Sarah Jessica Parker and Kathy Najimy, before seeing the new trailer.

Disney also released a new poster for the film: 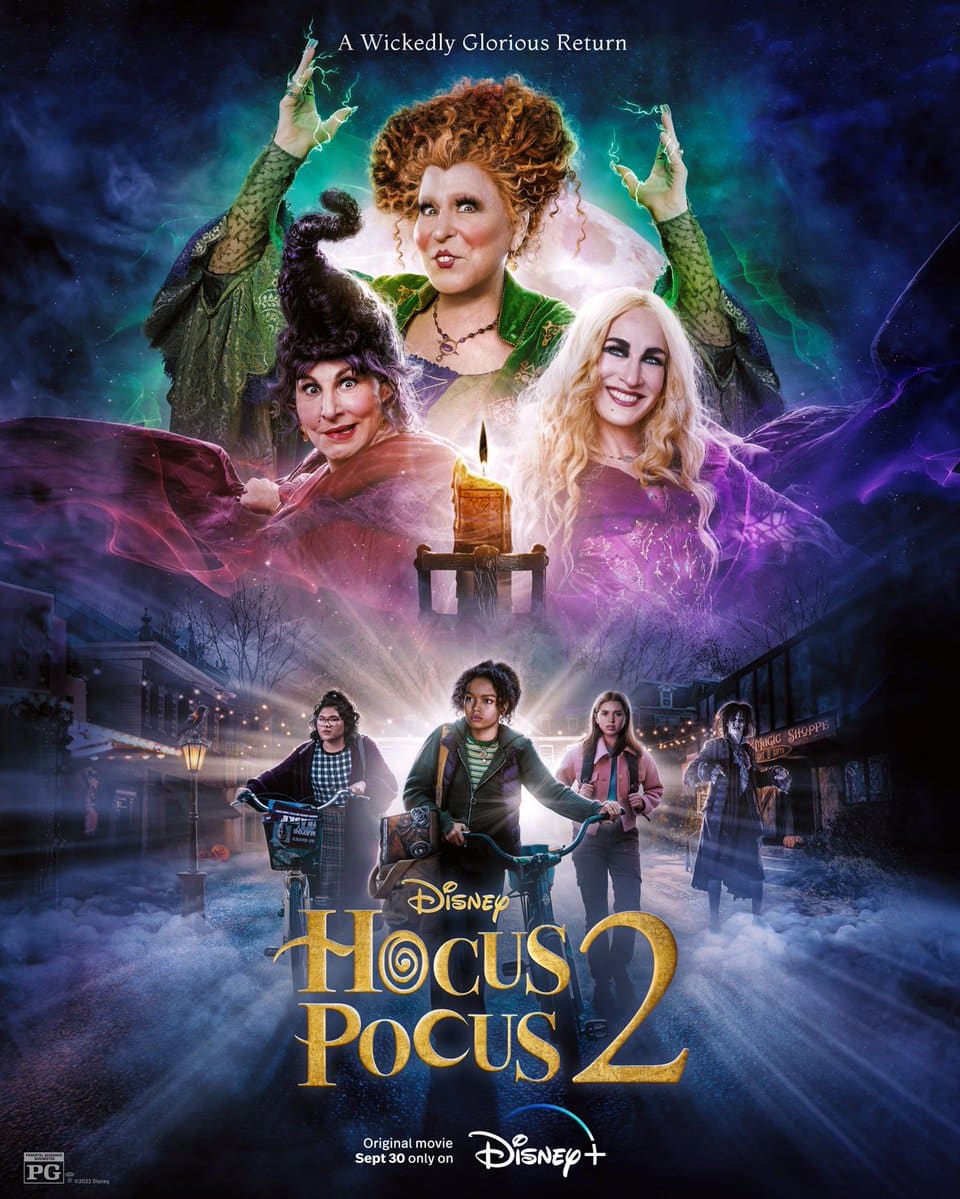 Are you looking forward to “Hocus Pocus 2” arriving on Disney+?