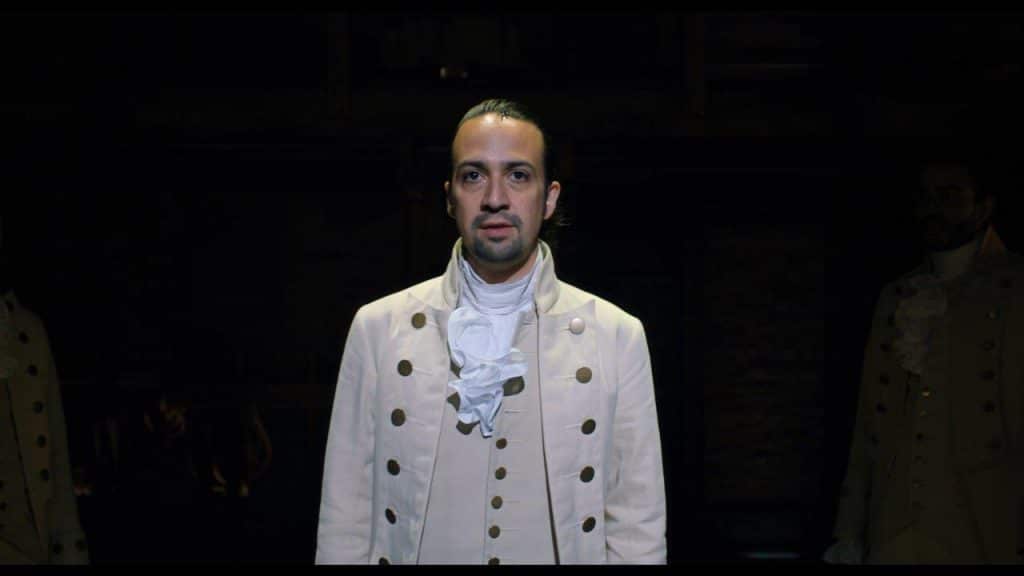 A filmed version of the original Broadway production of “Hamilton” is set to come to Disney+ on Friday July 3rd and it has been rated a PG13, leading to many fans of the musical asking how this is possible since the show contains a number of swear words.

Today, the shows creator Lin-Manuel Miranda, took to Twitter to confirm that there are some changes to the filmed version, with two “F Bombs” removed, in order to achieve a PG13 rating.

LANGUAGE! 1. On July 3, you’re getting the whole show, every note & scene, & a 1-minute countdown clock during intermission (bathroom!) 2. But MPAA has a hard rule about language: more than 1 utterance of “Fuck” is an automatic R rating. We have 3 “Fucks” in our show. So……I literally gave two fucks so the kids could see it: 1. In Yorktown, there’s a mute over “I get the f___ back up again” 2. “Southern *record scratch*kin’ Democratic Republicans.” You can sing whatEVER you like at home (even sync up the album)! Love you. Enjoy.

This should hopefully ease “Hamilton” fans thoughts about the upcoming presentation and what might be missing, to make it suitable for Disney+ audiences.

This show will combine the best elements of live theatre, film and streaming to bring the cultural phenomenon to homes around the world for a thrilling, once-in-a-lifetime experience. “Hamilton” is the story of America then, told by America now. Featuring a score that blends hip-hop, jazz, R&B and Broadway, “Hamilton” has taken the story of American founding father Alexander Hamilton and created a revolutionary moment in theatre—a musical that has had a profound impact on culture, politics, and education.

Filmed at The Richard Rodgers Theatre on Broadway in June of 2016, the film transports its audience into the world of the Broadway show in a uniquely intimate way.

Are you looking forward to watching “Hamilton” on Disney+?