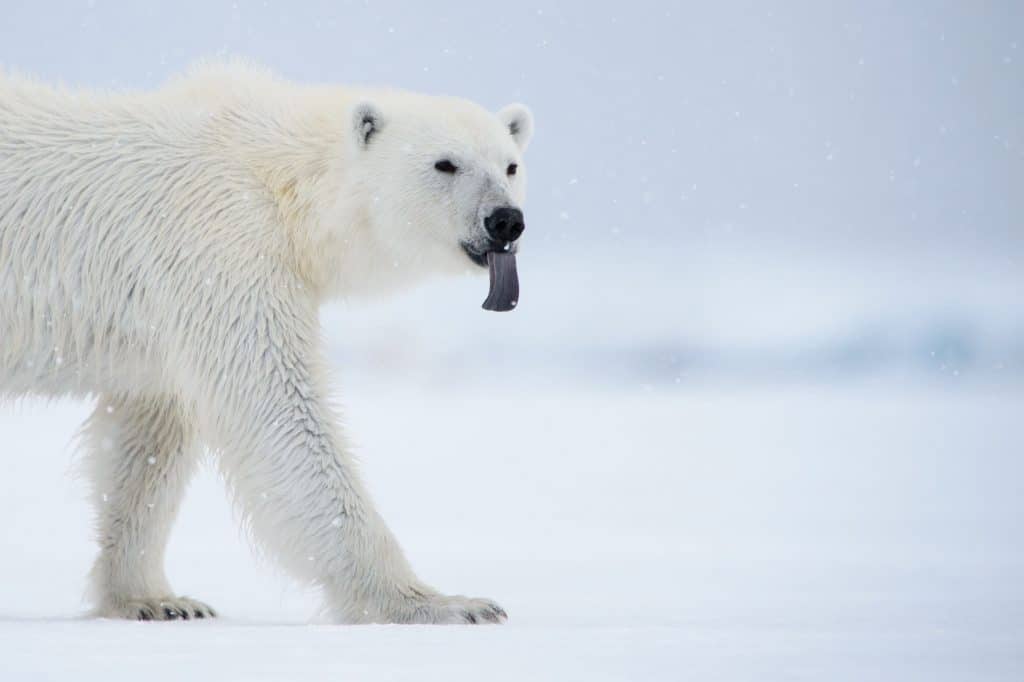 National Geographic has announced a new two-hour special called “Kingdom Of The Polar Bears”, which will be premiering on Nat Geo Wild on Earth Day Thursday, April 22nd at 8/7c.  No Disney+ release date has yet been announced, but as with all Nat Geo Wild shows, they usually are made available.

As the Arctic changes faster than ever, Dennis Compayre, a veteran polar bear guide, makes an epic first-time journey following his beloved bears through the brutal Canadian winter and onto the frozen waters of Hudson Bay. In this high-stakes, high-reward venture, the team documents the secret world of polar bears and the mysterious and disappearing kingdom of ice that sustains them.

The winter hunting and birthing season is a critical time for these bears and is largely undocumented, deemed too difficult and dangerous for humans to follow … until now. The team, armed with traditional ecological knowledge and the latest 4K camera technology, witnesses never-before-seen seal-hunting strategies and documents rapid adaptations to climate change, including whale predation and open-water hunting.

Are you looking forward to this new Polar Bear special?

Roger has been a Disney fan since he was a kid and this interest has grown over the years. He has visited Disney Parks around the globe and has a vast collection of Disney movies and collectibles. He is the owner of What's On Disney Plus & DisKingdom. Email: Roger@WhatsOnDisneyPlus.com Twitter: Twitter.com/RogPalmerUK Facebook: Facebook.com/rogpalmeruk
View all posts
Tags: kingdom of the polar bears, national geographic