Last year, Disney officially announced that Lucasfilm was working on a new “Willow” series for Disney+.  This new series will see Warwick Davis return as “Willow” and is set years after the events of the original 1980s film.  It introduces all-new characters to the enchanted realm of fairy queens and two-headed Eborsisk monsters,

The show was going to see Jon M. Chu (“In The Heights,” “Crazy Rich Asians”) direct the pilot, in addition to serving as an executive producer along with showrunners Jonathan Kasdan (“Solo”) and Wendy Mericle (“Arrow”). Jonathan Kasdan wrote the pilot.

Unfortunately, Jon M. Chu announced on social media that he is having to step away from directing the series due to delays in filming and having a baby later this year. 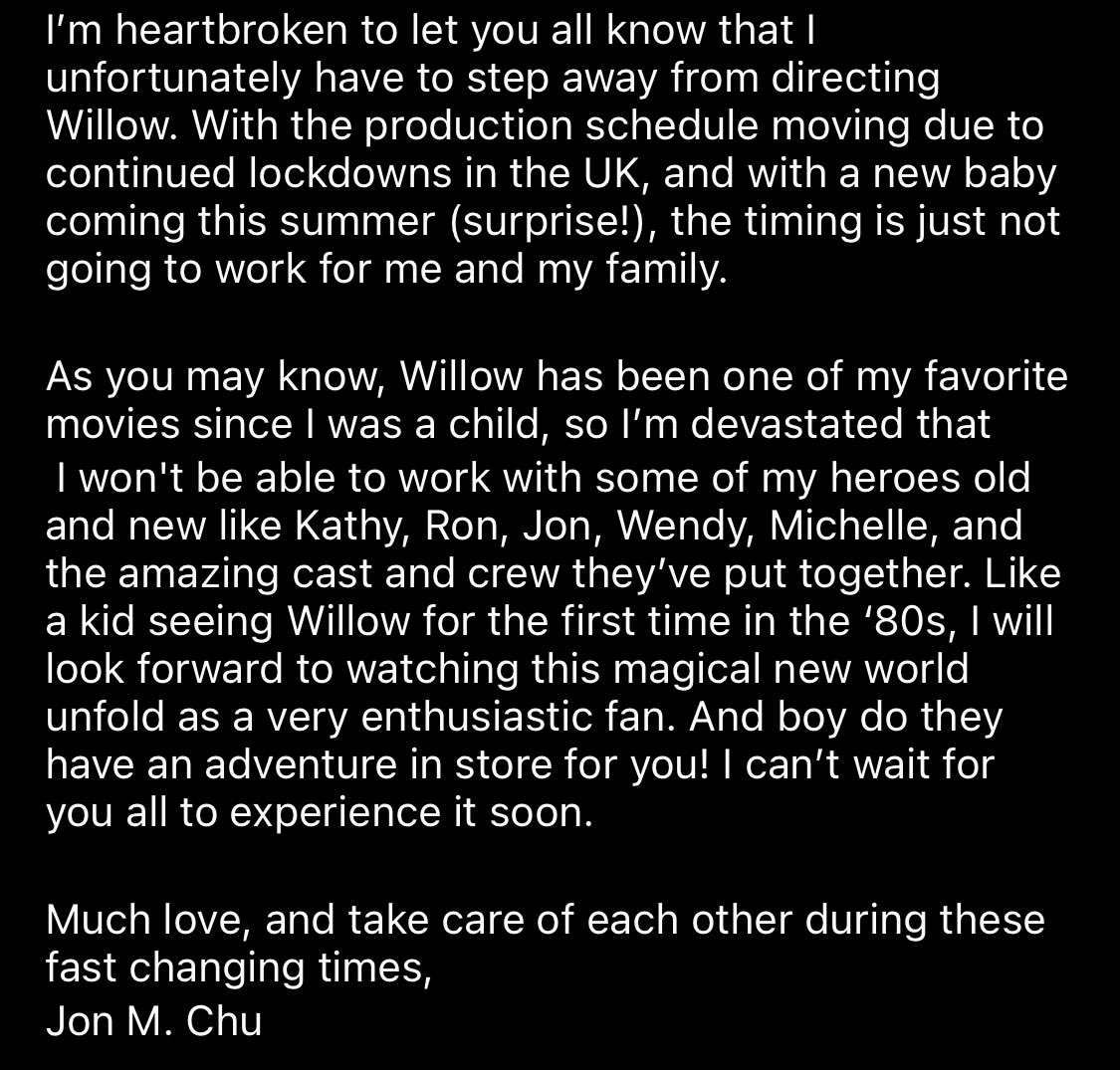 Are you excited for the new “Willow” series?