Hulu is following Disney+’s footsteps by announcing that it will now be offering an annual subscription plan for its ad-supported package.

The annual package is priced at $59.99, which gives subscribers 12 months for the price of 10! 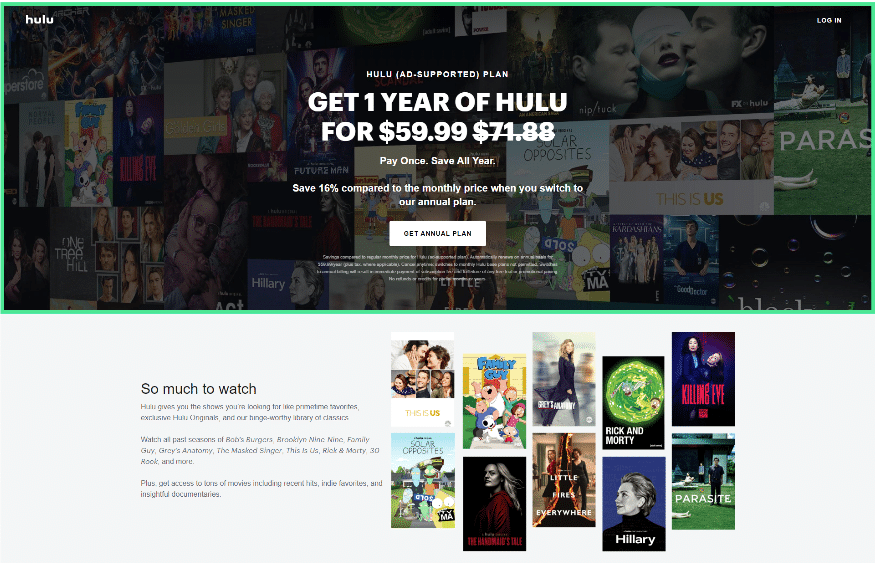 The annual plan gives viewers access to Hulu’s extensive library of TV series and movies  — including TV hits like Empire and Atlanta, award-winning Hulu originals like The Act and The Handmaid’s Tale, and past favorites like ER and Full House — for a 16% savings over the cost of the standard monthly plan.

Will you be upgrading your Hulu package to an annual subscription?