The upcoming Marvel Disney+ series Hawkeye is rumored to introduce Trickshot and the Tracksuit Mafia, according to MCU Cosmic.

Trickshot is Clint Barton’s (Hawkeye) older brother, called Barney and he is also a talented archer and helped train Hawkeye. He has worked for the FBI, freelance bodyguard, assassin, mercenary and also joined the Dark Avengers as a anti-hero.

The Tracksuit Mafia will also appears in the series, they are an underground criminal organization based out of New York. 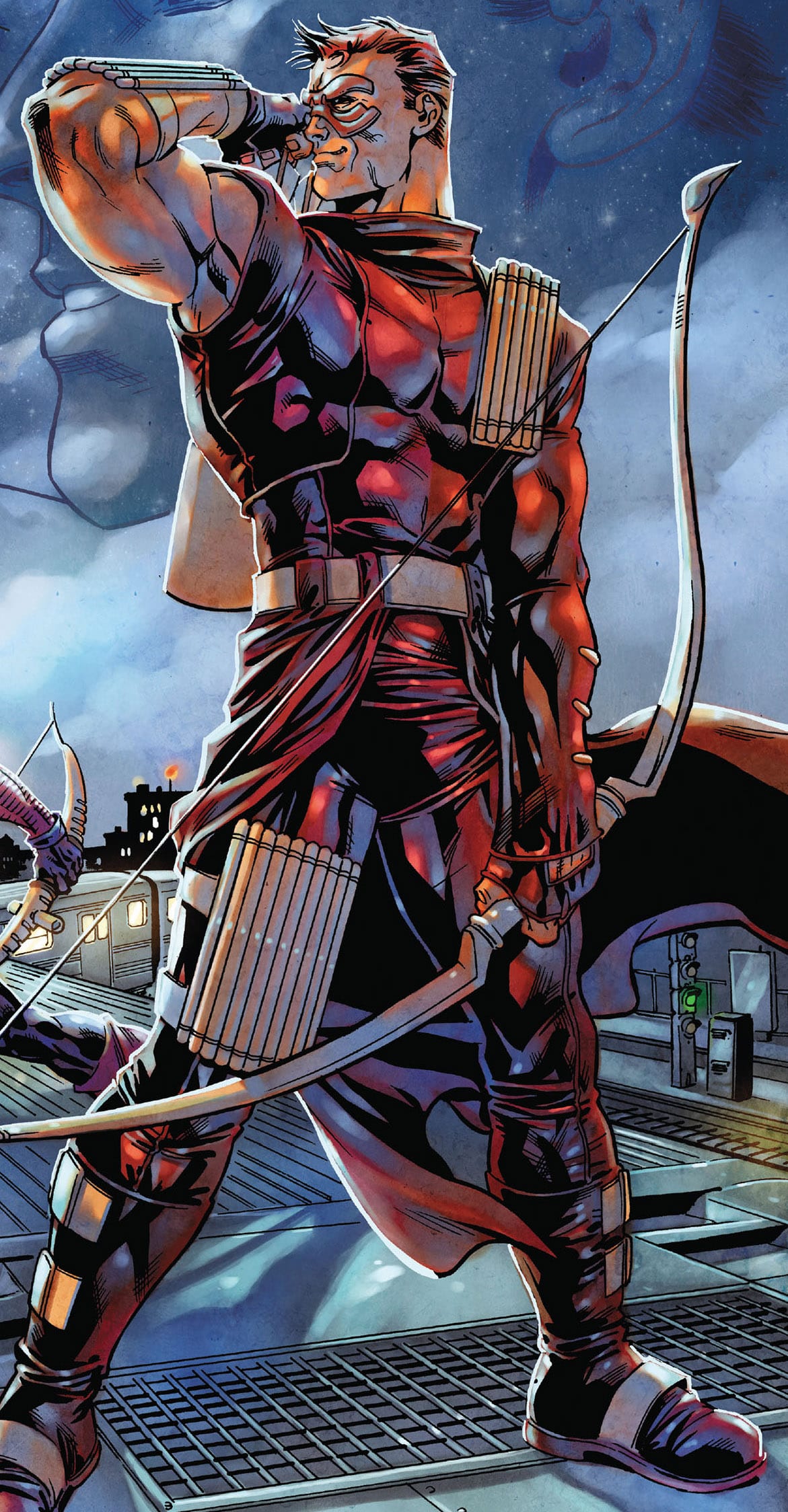 Last year, Producer Trinh Tran spoke with ScreenRant about the new Hawkeye series, giving some details on what the series will be about.

TRAN: “Well, I chose that one specifically because we haven’t gotten a chance to tell Clint Barton’s story. You’ve seen Thor have several movies. You know his backstory. Cap has several movies, Tony has a few, so they’ve all had their chance, and Clint Barton hasn’t gotten a chance to tell his past. I’m excited for that, and I’m also excited that there is a young girl coming in who wants to be Hawkeye.”

TRAN: Are you really? [Matt] Fraction’s run is absolutely one of the most amazing things. I remember sitting there are reading through the Fraction run and going, this is amazing. This is absolutely amazing. This is something we can do. We can do this! So wanting to tell Clint’s backstory, after reading Fraction’s run and getting excited for Kate Bishop there’s something really interesting that I think the two of them can have.

Hawkeye is set to film on location in Atlanta and is currently scheduled to arrive on Disney+ in late 2021. It will see Jeremy Renner return as Hawkeye and it’s also rumored to see Hailee Steinfeld play the role of Kate Bishop.

Are you excited for the new Hawkeye series?