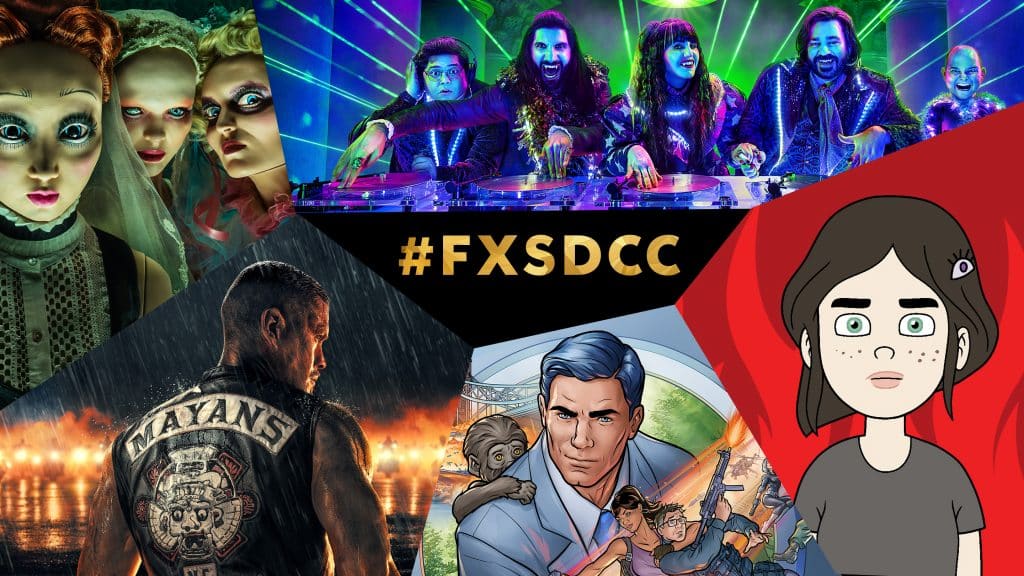 Disney’s FX has announced its plans for this year’s San Diego Comic-Con, which will include a major outdoor experience, which has been produced in collaboration with Creative Riff and will include a massive labyrinth inspired by popular FX series including “American Horror Stories”, “What We Do in the Shadows”, “Little Demon”, “Archer” and “Mayans M.C”.

“FX is thrilled to announce its full line-up of experiences for this year’s San Diego Comic-Con with #FXSDCC. From July 21-24, fans will be able to screen new content, attend panel discussions and participate in interactive experiences inspired by popular FX series including the American Horror Story franchise, What We Do in the Shadows, Little Demon, Archer and Mayans M.C. — all of which can be streamed on Hulu.  To elevate the on-site experience, #FXSDCC will feature a walkable labyrinth situated on 100,000 sq. ft. of outdoor space, for attendees to uncover secrets, scares, and surprising giveaways along the way.”

“We’re excited to be back at San Diego Comic-Con to engage with fans at this year’s much-anticipated event.  We understand the value of shared experiences and are eager to host guests in our immersive, outdoor space where we will bring some of our shows to life in a way that we know audiences will love.”

Roger has been a Disney fan since he was a kid and this interest has grown over the years. He has visited Disney Parks around the globe and has a vast collection of Disney movies and collectibles. He is the owner of What's On Disney Plus & DisKingdom. Email: Roger@WhatsOnDisneyPlus.com Twitter: Twitter.com/RogPalmerUK Facebook: Facebook.com/rogpalmeruk
View all posts
Tags: fx, sdcc