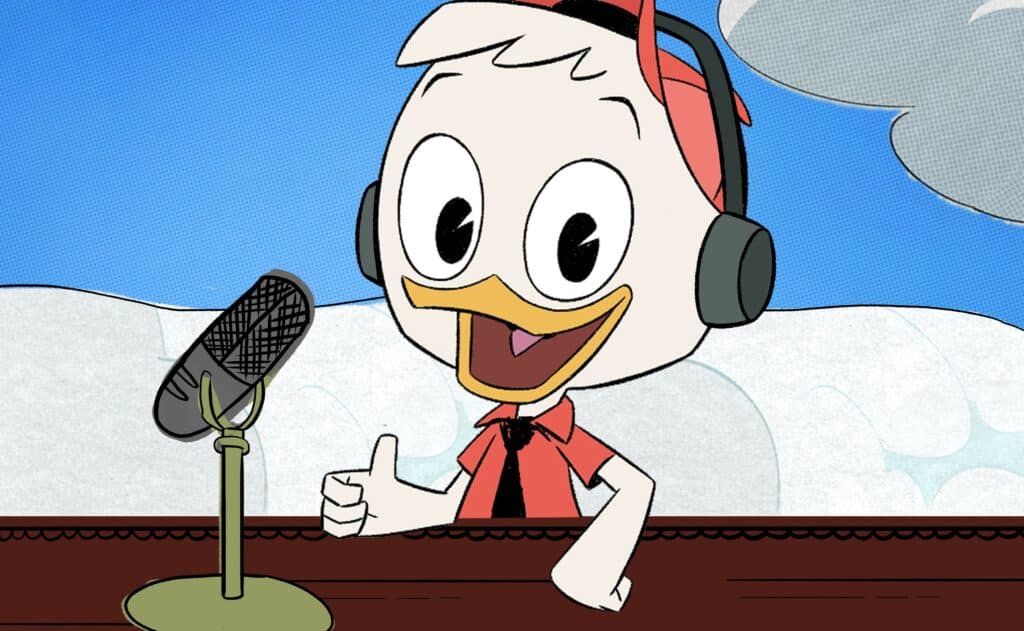 Disney has announced a brand new original scripted podcast for kids and families inspired by the critically acclaimed “DuckTales,” called “This Duckburg Life”.  It will be debuting on MONDAY, MARCH 29th, on Disney XD YouTube, DisneyNOW and Disney XD VOD.  No Disney+ release has yet been announced.

Hosted by Huey Duck for “Duckburg Public Radio,” new episodes from the seven-part podcast will be available every Monday following the premiere and highlight riveting stories from Duckburg.

Are you looking forward to seeing this new Ducktales podcast?