Disney has announced that Douglas Bensimon and Edward Mejia have been promoted to vice president of Current Series, Disney Television Animation, the animation studio within Disney Branded Television which currently has 1200 half-hours of animated content in production for Disney’s streaming and linear platforms, each focused on entertaining kids age 6-14 and families, and millions of fans of Disney animation around the world. 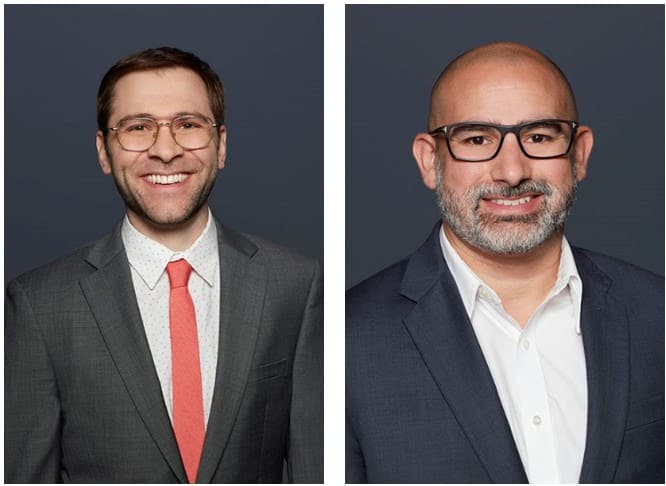 Meredith Roberts said in a statement:

“One of our guiding principles is to prepare high-potential team members for greater levels of responsibility and to recognize the contributions of innovative, diverse, ready-to-lead executives. As a result of their sheer talent, solid experience and Khaki’s mentorship, Edward and Doug are highly skilled in imaginative, visual story-based work, and each has a deep appreciation for our brands and a trusted rapport with content creators that helps us achieve our goals.”

Bensimon leads a team concentrated primarily on Disney Television Animation’s serialized properties for Disney+ and Disney Channel and works closely with Marvel on its branded content for kids 6-14 and families. He has spent his entire career in Current series work at Disney TV Animation, having joined in 2012 as an assistant in the Current department and, in roles of increasing responsibility over the years, worked as a coordinator, manager, director, and since 2021, executive director of Current Series. Among the series he’s steered are the upcoming “Marvel’s Moon Girl and Devil Dinosaur” for Disney+ and “The Ghost and Molly McGee” and “Amphibia” for Disney Channel. He’s a graduate of Wesleyan University.

Mejia leads a team that focuses on Disney Television Animation’s titles borne from Disney heritage characters and stories for Disney+ and Disney Channel, utilizing his strong institutional knowledge and deep collaboration with colleagues across the Walt Disney Company. He began his career at Disney in 2005 as an assistant to the president of Disney Channels Worldwide and went on to pursue his aspirations in the Disney Channel Original Series department and Disney Television Animation, where he has worked across Development and Current Series and was ultimately promoted to coordinator, manager, director and in 2020, executive director of Current Series. Among the titles he’s overseen are “Monsters at Work” for Disney+, the upcoming “Kiff” and “Primos” for Disney Channel, and “DuckTales,” “Mickey Mouse,” “Star vs. The Forces of Evil” also for Disney Channel. He is a graduate of USC School of Cinematic Arts.