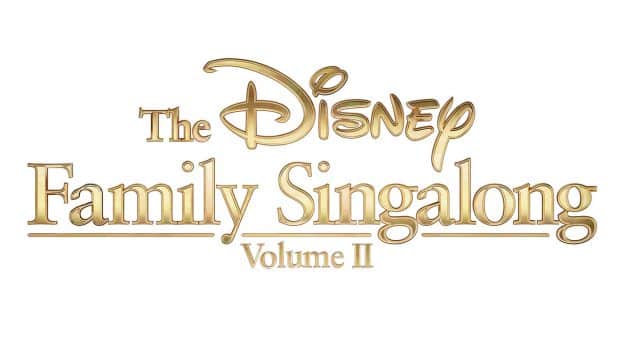 Following the huge success of the Disney Family Singalong, which has brought in 13 million viewers for the initial showing on ABC, it has been announced that Disney Family Singalong: Volume II is coming to ABC on Sunday, May 10th at 7/6c.  This Mothers Day special will once again be presented by Ryan Seacrest and will see even more stars singing your favorite Disney tunes.

The Disney Family Singalong: Volume II will then be available to stream on Disney+ in the days that follow—stay tuned for a future announcement.

“The Disney Family Singalong was a beautiful event that united millions of households across the country, filling our hearts with joy and song, and also providing much-needed nourishment to fill the bellies of our neighbors facing hunger. An incredible collaborator for nearly a decade, The Walt Disney Company has provided grant funding for network food banks, developed public service announcements, and mobilized the public to help provide the equivalent of almost 100 million meals to children and families. We cannot thank Disney enough for their enduring support.”

The first Disney Family Singalong is available to stream now on Disney+, so the second volume should hopefully be available on Disney+ shortly after its aired on ABC.

Are you looking forward to a second volume of the Disney Family Singalong?

Roger has been a Disney fan since he was a kid and this interest has grown over the years. He has visited Disney Parks around the globe and has a vast collection of Disney movies and collectibles. He is the owner of What's On Disney Plus & DisKingdom. Email: Roger@WhatsOnDisneyPlus.com Twitter: Twitter.com/RogPalmerUK Facebook: Facebook.com/rogpalmeruk
View all posts
Tags: disney, family singalong