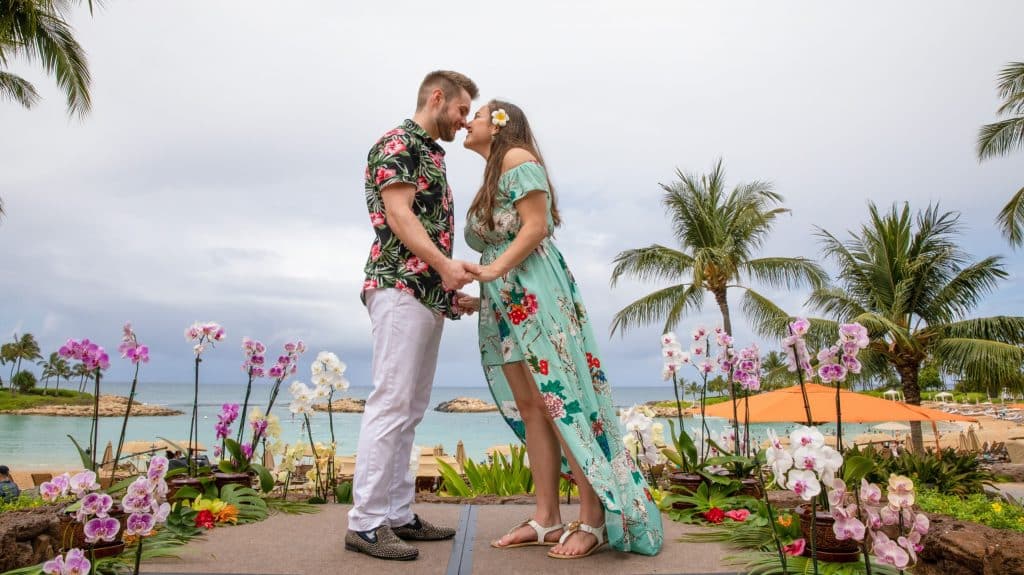 Disney’s Fairy Tale Weddings returns for a second season to Disney+ on the most romantic day of the year, Valentine’s Day! Originally a series on Freeform, this show has made the jump to being a Disney+ Original series and it’s a perfect fit. This show is super sweet and glossy, it makes everything look amazing and every person is full of love for everyone. This is a lovely feel good show, as Disney brings a little bit of magic to these couples lives.

This episode focuses on two couples, one couple gets married at Disneyland and another heads to the Aulani resort in Hawaii for a lovely proposal. Both couples seem super lovely and completely in love with one another. We learn a little about their histories together, their troubles that they’ve overcome and get to meet members of their families. All of which just helps set the love stories up even better.

One advantage for Disney+ viewers, is the run time for this episode is a little shorter than on the “Freeform” episodes from season 1 (which are also available on Disney+), because Disney+ doesn’t need to fit to a scheduled hour slot with commercials, which the original season needed to do, the episode comes in at just over half and hour. Which I think improves the flow of the episode much more, since there isn’t the need to recap or have it edited for commercial breaks.

There is one big elephant in the room (and I’m not talking Dumbo), with this series as there is obviously a big promotional aspect to this series. It all takes place at Disney Resorts, with this episode having two locations, Disneyland in California and the Disney Aulani Resort in Hawaii. This is just one big promotional piece to get other couples to plan their “Disney” moment, either a wedding proposal, honeymoon or wedding, as it’s complete corporate synergy, I even had an email today about Disney’s Wedding Collection come through while writing this review! But I don’t mind one bit, because the couples stories and the love in their eyes, how the families react to the over the top moments and how beautiful their weddings look, it’s lovely.

If you’re currently planning a wedding or a proposal, this is a great series to watch, though if you want to drop some hints to your partner, I’d suggest putting it on each week when the new episodes drop!

But beware, this series goes all out, with no expenses spared, I can’t imagine how much these weddings cost and the show makers seem to want to keep that aspect far away from anyone’s thoughts.  Flying an entire Marching Band out to Disneyland or an entire family out to stay at Aulani isn’t going to be cheap.  I’d hate for couples to get their hopes up, so if you are planning a wedding to take place at Disney, keep your expectations in check, unless money is no issue. 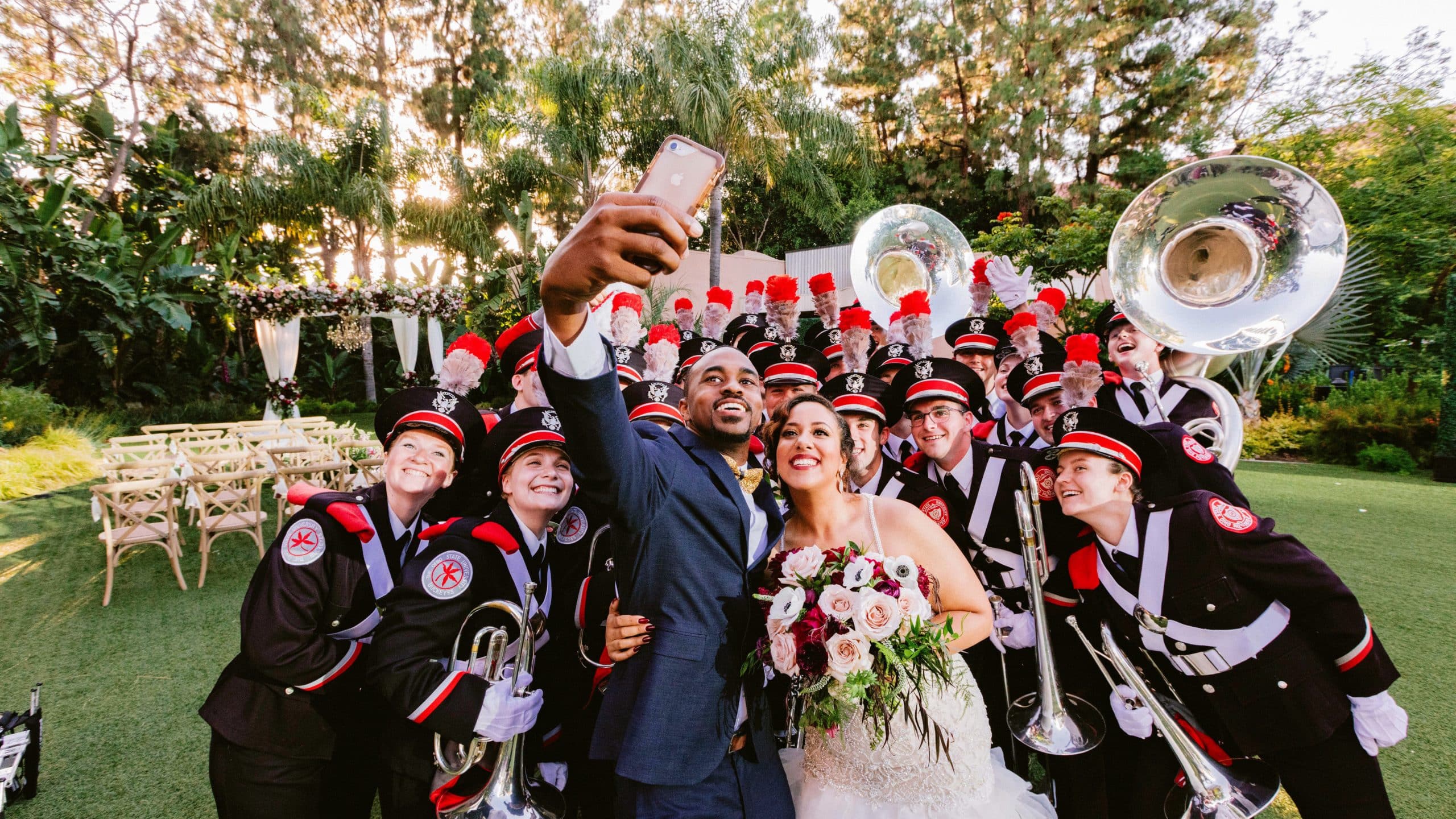 I thought this was a lovely first episode and maybe it’s just the Valentine’s Day vibes or that I’ve had too much chocolate today, but the proposal brought some tears to my eyes, as the proposal was so lovely, though my mind did start wandering away into the logistics of how they did it!

A great way to kick off a new series for Disney+ and if you can accept its a borderline advert for Disney’s Wedding business, enjoy the beautiful moments and soak in the love!  Because I really enjoyed it.

Roger has been a Disney fan since he was a kid and this interest has grown over the years. He has visited Disney Parks around the globe and has a vast collection of Disney movies and collectibles. He is the owner of What's On Disney Plus & DisKingdom. Email: Roger@WhatsOnDisneyPlus.com Twitter: Twitter.com/RogPalmerUK Facebook: Facebook.com/rogpalmeruk
View all posts
Tags: Disney’s Fairy Tale Weddings, Reviews