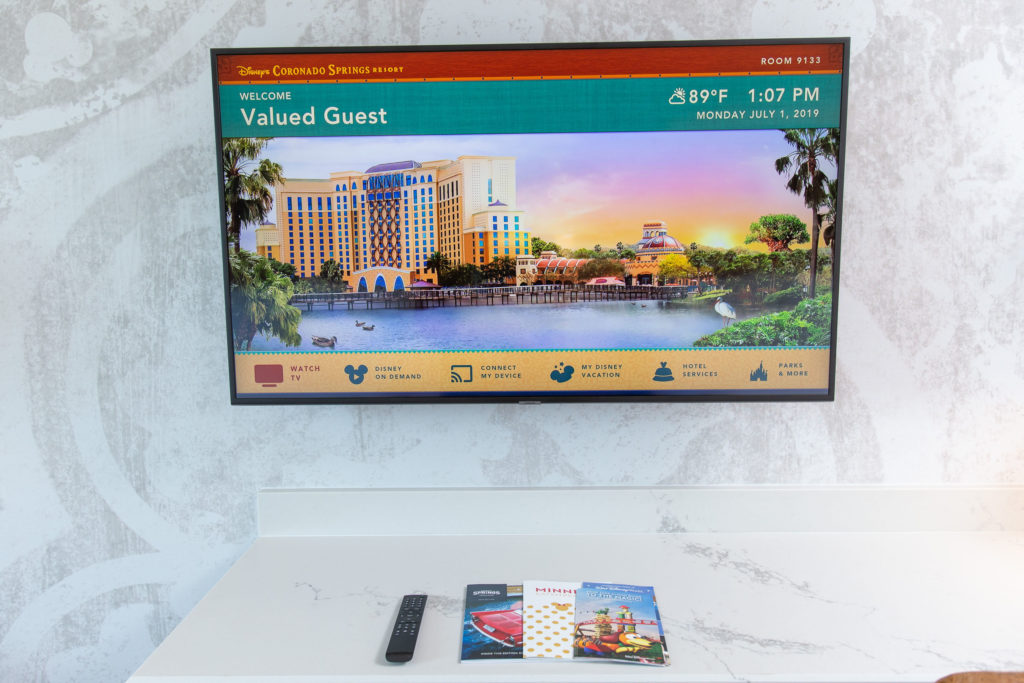 Each tower guest room also offers a new interactive television system that provides a more customized and Disney differentiated in-room experience. This new television system will enhance the guest experience with Disney-quality services, content and personalization. For example, guests can view their Disney PhotoPass images on the large screen and stream their entertainment services from their personal devices to the in-room television.

One of the key features of this new interactive television system is that it offers a number of classic Disney and Pixar movies on demand, in addition to traditional TV stations like ABC and ESPN.  Steven Fisher, who is the Event Services Director at the resort has said that these new interactive TV’s will include access to Disney+ when it launches later this year. 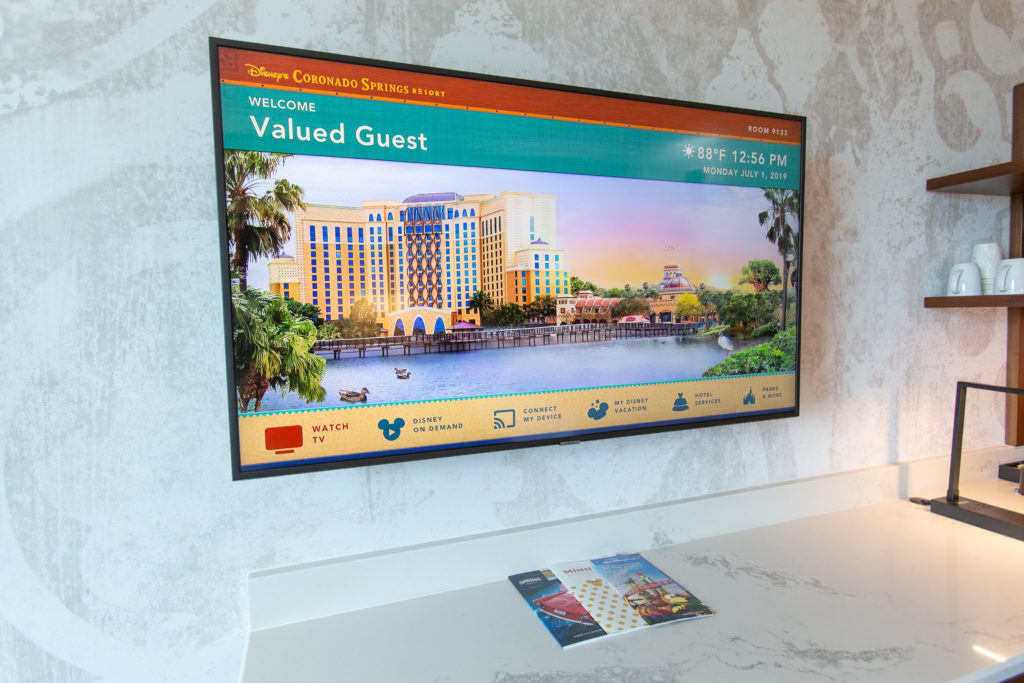 Having Disney+ available at the resorts at Walt Disney World will be a huge marketing opportunity to get guests to try the service out while on vacation, which will lead to many subscribing when they get home.  It also gives guests extra value and convenient access to content to make the holiday more enjoyable.

What do you think of Disney offering Disney+ at their resorts?

Roger has been a Disney fan since he was a kid and this interest has grown over the years. He has visited Disney Parks around the globe and has a vast collection of Disney movies and collectibles. He is the owner of What's On Disney Plus & DisKingdom. Email: Roger@WhatsOnDisneyPlus.com Twitter: Twitter.com/RogPalmerUK Facebook: Facebook.com/rogpalmeruk
View all posts
Tags: disney, front, walt disney world