This week, Sebastian Stan posted a new photo from the set of Marvel’s The Falcon and the Winter Soldier, which is currently filming ahead of its release this summer on Disney+. 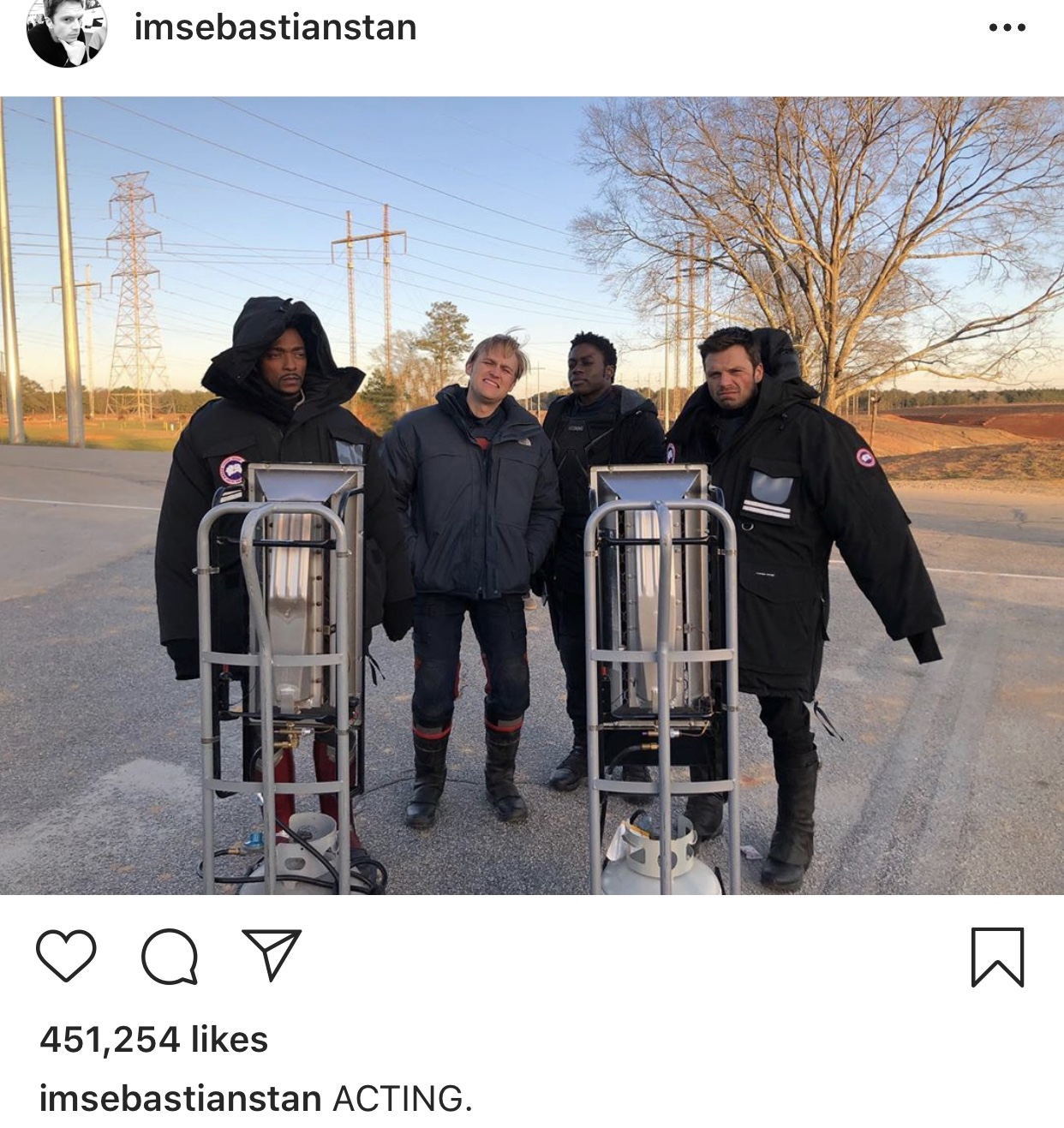 In this photo, we can see Anthony Mackie, Wyatt Russell, Sebastian and Clé Bennett.

Disney hasn’t yet announced the casting of Clé Bennett, so it’s unknown what role he will be playing. Though speculation is currently Battlestar, aka Lemar Hoskins, though nothing has been confirmed.

Clé Bennett recently stared in Amazon’s The Man in the High Castle and has also appeared in The Tick, Homeland and Designated Survivor.

Would you like to see Battlestar in the MCu?