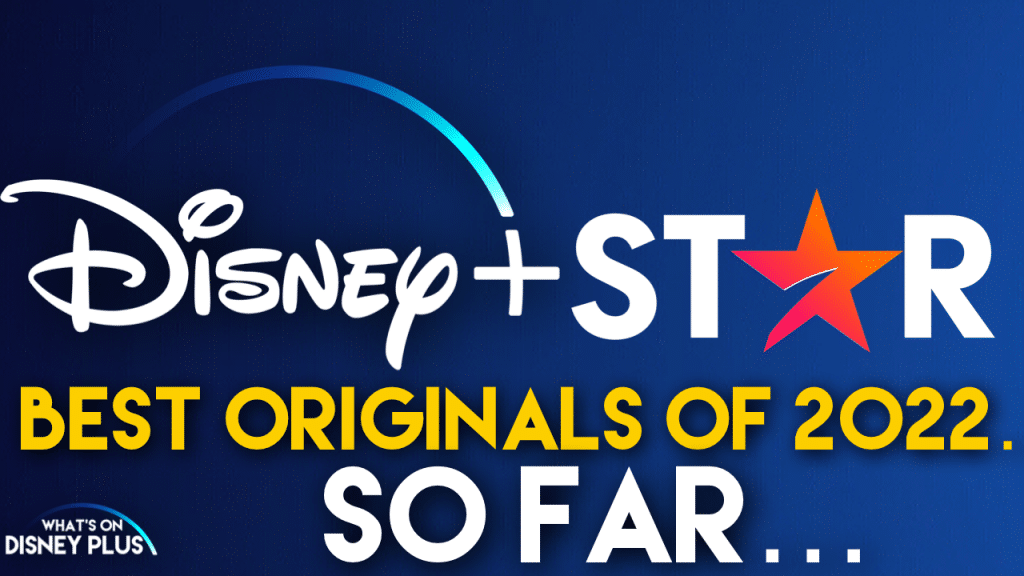 We are now halfway through 2022 and over the past 6 months, Disney+ has seen plenty of new Star originals released on the platform around the world, but if you’re a new subscriber or possibly looking for something else to watch, this list should give you some idea of what to watch on Disney+ in many countries with the Star banner such as in the UK, Ireland, Canada, Australia and New Zealand.

Money. Romance. Tragedy. Deception. “The Dropout” is the story of Elizabeth Holmes (Amanda Seyfried) and Theranos, an unbelievable tale of ambition and fame gone terribly wrong. How did the world’s youngest self-made female billionaire lose it all in the blink of an eye? This brand new series is another fantastic original that can only be found on Disney+.disne

Set in the Wild West early days of the Internet, “Pam & Tommy” is based on the incredible true story of the Pamela Anderson (Lily James) and Tommy Lee (Sebastian Stan) sex tape. Stolen from the couple’s home by a disgruntled contractor (Seth Rogen), the video went from underground bootleg-VHS curiosity to full-blown cultural obsession when it hit the Web in 1997. A love story, crime caper and cautionary tale rolled into one, the eight-part original limited series explores the intersection of privacy, technology and celebrity, tracing the origins of our current Reality TV Era to a stolen tape seen by millions but meant to have an audience of just two. This is one of the best original series available on Disney+, especially as its not something most people would expect to see on Disney+.

“Pistol” is a six-episode limited series about a rock and roll revolution. The furious, raging storm at the center of this revolution are the Sex Pistols – and at the center of this series is Sex Pistols’ founding member and guitarist, Steve Jones. Jones’ hilarious, emotional and at times heart-breaking journey guides us through a kaleidoscopic telling of three of the most epic, chaotic and mucus-spattered years in the history of music. Based on Jones’ memoir Lonely Boy: Tales from a Sex Pistol, this is the story of a band of spotty, noisy, working-class kids with “no future,” who shook the boring, corrupt Establishment to its core, threatened to bring down the government and changed music and culture forever. This series is one of the highlight releases so far on Disney+.

In “The Valet,” world famous movie star, Olivia (Samara Weaving) faces a PR disaster when a paparazzi snaps a photo of her with her married lover, Vincent (Max Greenfield). The hard-working valet Antonio (Eugenio Derbez) accidentally appears in the same photo and is enlisted to pose as Olivia’s new boyfriend as a cover-up. This ruse with Olivia thrusts Antonio into the spotlight and unexpected chaos. In this fish out-of-water romantic comedy, two worlds and cultures collide as both Olivia and Antonio start to see themselves more clearly than ever before. This is a great romantic comedy.

Beth’s life would look great on paper. She does well as a wine distributor, has a successful boyfriend and lives in Manhattan. When a sudden event forces Beth to engage with her past, her life changes forever. Through flashbacks, Beth learns how she became who she is and who she wants to become — someone with a bigger, bolder, more authentic life. One of the best comedy series of the year.

In the suspense thriller, “No Exit” Darby Thorne, a young woman en route to a family emergency, is stranded by a blizzard and forced to find shelter at a highway rest area with a group of strangers. When she stumbles across an abducted girl in a van in the parking lot, it sets her on a terrifying life-or-death struggle to discover who among them is the kidnapper. “No Exit” is one of the best original films on Disney+, its well worth checking out.

“Fresh” follows Noa, who meets the alluring Steve at a grocery store and – given her frustration with dating apps – takes a chance and gives him her number. After their first date, Noa is smitten and accepts Steve’s invitation to a romantic weekend getaway, only to find that her new paramour has been hiding some unusual appetites. “Fresh” is one of the strangest films of the year so far.

The family you know and love is here with a brand new series, giving an all-access pass into their lives. Kris, Kourtney, Kim, Khloé, Kendall, and Kylie bring the cameras back to reveal the truth behind the headlines. From the intense pressures of running billion-dollar businesses to the hilarious joys of playtime and school drop-offs, this series brings viewers into the fold with a rivetingly honest story of love & life in the spotlight. For fans of the Kardashians, this is a must-watch and has quickly become my Disney+ guilty pleasures, its also one of the most popular series on Hulu ever.

In the near future, Sophie is telling her son the story of how she met his father: a story that catapults us back to the year 2022 where Sophie and her close-knit group of friends are in the midst of figuring out who they are, what they want out of life, and how to fall in love in the age of dating apps and limitless options. This comedy series is a must for fans of “How I Met Your Mother”

An examination of the terrible true events of December 5, 1986, that led to the death of a young student, Malik Oussekine. Centred on his family’s fight for justice, the series explores the enormous impact this high-profile case had on French society. This French original series is a strong recommendation to check out.

When an aspiring young artist is forced to join her high school track team, she uses it as an opportunity to pursue the girl she’s been harboring a longtime crush on. But she soon finds herself falling for an unexpected teammate and discovers what real love feels like. A nice feel-good high school romantic comedy.

What’s been your favourite Star Original of 2022 so far?

Roger has been a Disney fan since he was a kid and this interest has grown over the years. He has visited Disney Parks around the globe and has a vast collection of Disney movies and collectibles. He is the owner of What's On Disney Plus & DisKingdom. Email: Roger@WhatsOnDisneyPlus.com Twitter: Twitter.com/RogPalmerUK Facebook: Facebook.com/rogpalmeruk
View all posts
Tags: 2022, star