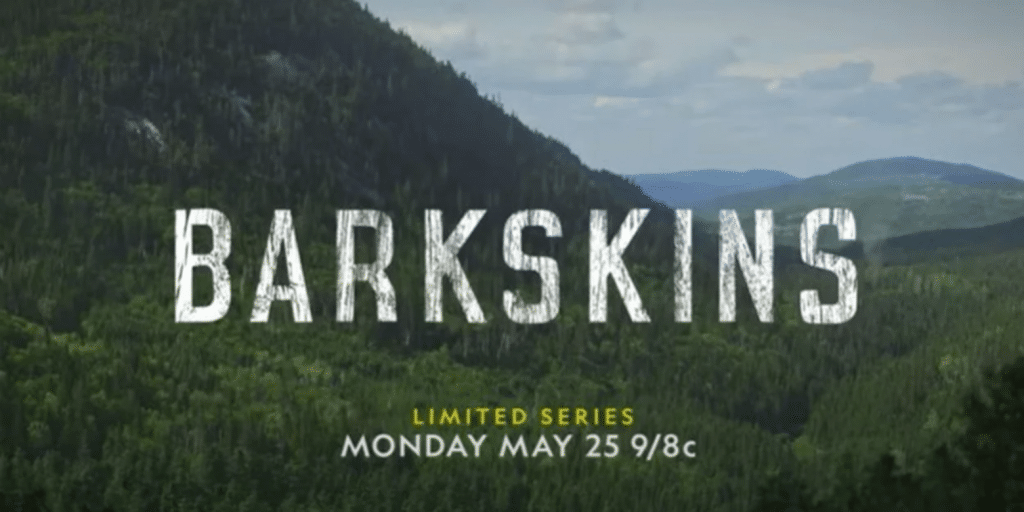 With the National Geographic new show Genius: Aretha Franklin, being delayed to production issues caused by the Coronavirus situation, National Geographic have announced that it is pulling forward the release date for its upcoming series, Barkskins to Memorial Day, May 25th.

Barkskins examines the mysterious massacre of settlers in the vast and unforgiving wilds of 1690s New France that threatens to throw the region into all-out war. Likely suspects abound — the English, the Hudson’s Bay Company and a band of Kanien’kehá:ka (Iroquois) possibly in league with the English looking to drive the French from the territory — but who or what brought these settlers to such a tragic end?

National Geographic’s new eight-part limited series, Barkskin, which was created by Elwood Reid and based on the bestselling novel of the same name by Annie Proulx, transports viewers to the wild frontier of the late 17th century.

Barkskins is set in Wobik, a small settlement in what is now the Canadian province of Quebec. As the Catholic Church sends Jesuit priests to convert the indigenous people, France sends indentured servants to populate its territory, along with “Filles Du Roi” (“Daughters of the King”), young women to be matched with husbands, start families and help the colonies prosper. This disparate group of outcasts, rogues and innocents must navigate brutal hardships, competing interests and tangled loyalties at the crossroads of civilization: 1690s New France.

“BARKSKINS is a primeval story of survival and the quest to build a civilization out of the endless forest,” said Reid, creator and executive producer. “The settlers who’ve come to seek their fortune in the vast and unforgiving ‘New World’ — the landless poor, street urchins, religious seekers, rapacious traders and the penniless young women hoping to marry into land and wealth — are met with the brutal reality of their dreams as they attempt to carve their place in it. They find themselves in the forest of the world, a dark and uncaring place, long settled by indigenous nations who view their arrival with disdain, and a recognition that an alliance with these disparate newcomers is increasingly necessary for survival.”

The series tells a thrilling story of exploration, adventure and ambition among dreamers and fighters — some with a utopian vision of the world, others crass and conniving, but all navigating the perils of a treacherous new frontier. As tensions escalate, unlikely alliances are forged, old antagonisms deepen and new families are formed against the seemingly endless natural riches and hidden dangers of the new American continent. BARKSKINS’ depiction of the collision between civilization and commerce is timeless, as is its spirit of adventure, natural wonder and survival of the fittest.

Get a sneak peek at this new show below:

BARKSKINS premieres this Memorial Day, Monday, May 25th, at 9/8c with back-to-back episodes over four weeks.  It will be available globally in 172 countries and 43 languages, the eight-episode historical fiction limited series hails from Fox 21 Television Studios and Scott Rudin Productions, and is based on the bestselling novel by Pulitzer Prize winner Proulx. 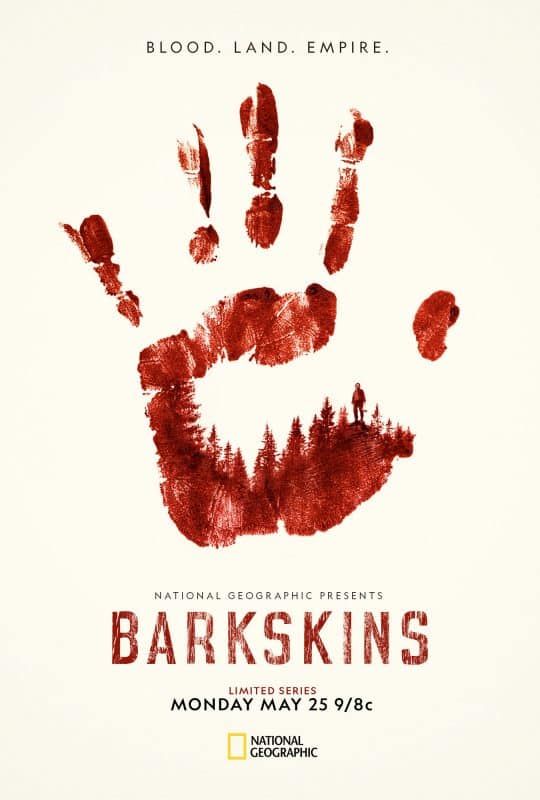 No Disney+ release date has yet been confirmed, though we have reached out for confirmation.  While National Geographic is a major core franchise of Disney+, if the show is deemed to mature, it might be added to Hulu instead.  National Geographic shows usually become available on Disney+ in the United States about a month after they’ve finished their initial run on the channel.

Are you excited for Barkskins?

Roger has been a Disney fan since he was a kid and this interest has grown over the years. He has visited Disney Parks around the globe and has a vast collection of Disney movies and collectibles. He is the owner of What's On Disney Plus & DisKingdom. Email: Roger@WhatsOnDisneyPlus.com Twitter: Twitter.com/RogPalmerUK Facebook: Facebook.com/rogpalmeruk
View all posts
Tags: barkskins, national geographic