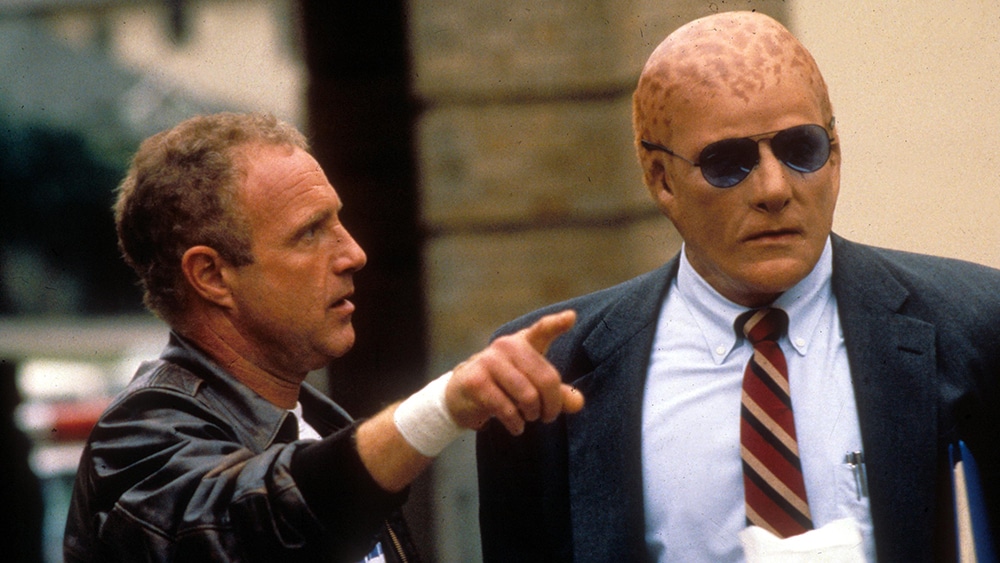 Back in 1988, 20th Century Studios released a movie called “Alien Nation”, which starred James Caan, Mandy Patinkin and Terence Stamp.  The movie was set in Los Angeles in the early 1990s, where humans live alongside extraterrestrial humanoid beings whose spaceship crash-landed three years earlier. This coexistence is not always harmonious, as exemplified by segregated slums and the uneasy partnership of police detective Matthew Sykes (James Caan) with new humanoid partner Sam Francisco (Mandy Patinkin). However, the pair begin to overcome their differences as they investigate a slum drug ring led by the slippery William Harcourt (Terence Stamp).

Following the film’s success, a TV series was released, along with several sequels, books and comics.

The films original director, Jeff Nichols began work on a remake of the film back in 2016 when 20th Century Fox brought him in to write and direct the movie, however in 2019, Disney put the project on hold after purchasing the company.

On a recent episode of the Team Deakins podcast, the films original director Jeff Nichols confirmed that development on a new Alien Nation series is currently underway at Disney.     He said that he recently met with Disney and turned the film into a new series.  He is currently working on that and has taken the script, breaking it down into 10 episodes.

The project is still in the early stages, and nothing has officially been announced by Disney.

The original film was rated R, and the spin-off series was rated TV-14, so a new series might be considered too mature to be a Disney+ Original, unless the script is toned down a little.  However, it could easily be released on a more mature platform in the United States such as FX or ABC,  making it a “Star Original” for Disney+ internationally.

Disney has already announced many new Disney+ Originals that use established 20th Century Studio franchises, so “Alien Nation” could be next.

Would you like to see a new “Alien Nation” series on Disney+?

Roger has been a Disney fan since he was a kid and this interest has grown over the years. He has visited Disney Parks around the globe and has a vast collection of Disney movies and collectibles. He is the owner of What's On Disney Plus & DisKingdom. Email: Roger@WhatsOnDisneyPlus.com Twitter: Twitter.com/RogPalmerUK Facebook: Facebook.com/rogpalmeruk
View all posts
Tags: alien nation