“Alice Through The Looking Glass” is heading back to Disney+ in the US, almost two years earlier than originally announced.  Instead of July 11th 2022, it will now be arriving on August 28th 2020, which also ties in with Disney’s focus on Friday release days. 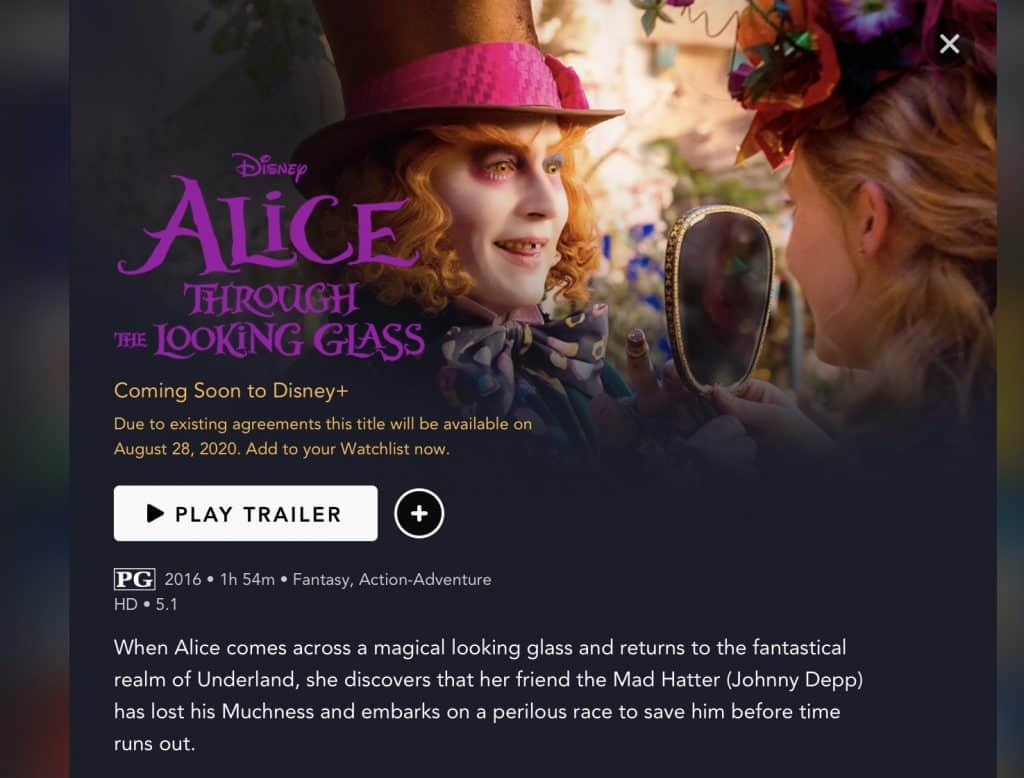 This won’t be the first time the movie has been added to Disney+, since due to an existing contract, it wasn’t available at launch in the United States.  However it was removed just a couple of months later, where it went to Direct TV. 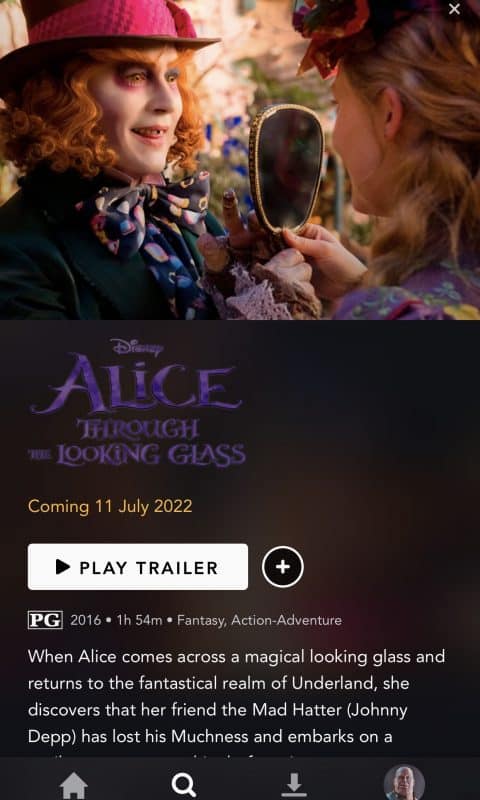 With the release date shifting forward almost two years, it’s likely Disney has been able to sort out the existing contract for US Subscribers. It will also be a nice addition during the summer to boost up new content.

The movie is already available on Disney+ in many countries.

Are you excited to see “Alice Through The Looking Glass” return to Disney+ ?

Roger has been a Disney fan since he was a kid and this interest has grown over the years. He has visited Disney Parks around the globe and has a vast collection of Disney movies and collectibles. He is the owner of What's On Disney Plus & DisKingdom. Email: Roger@WhatsOnDisneyPlus.com Twitter: Twitter.com/RogPalmerUK Facebook: Facebook.com/rogpalmeruk
View all posts
Tags: Alice through the looking glass