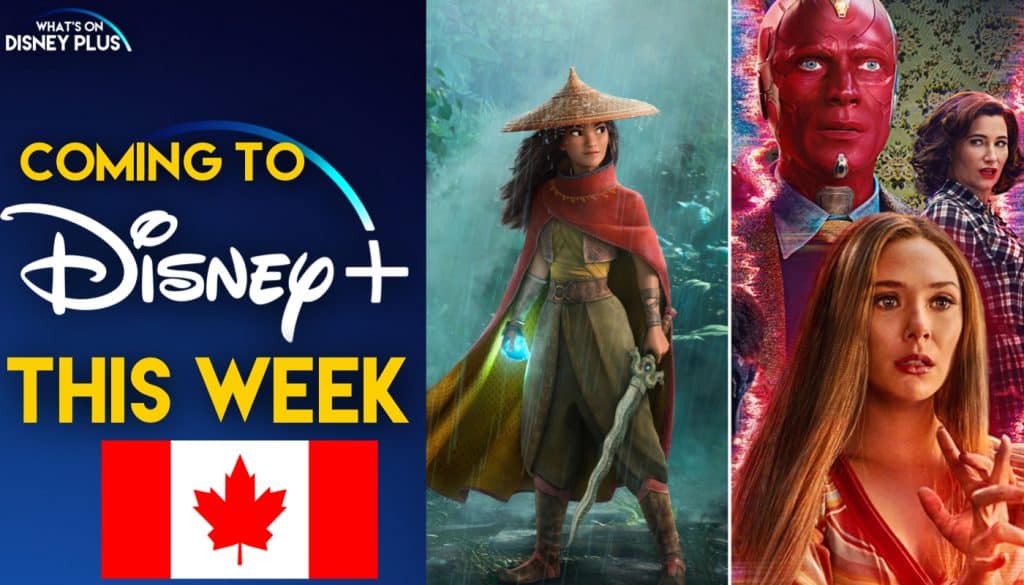 It’s the start of a brand new week and time to take a look at what’s coming to Disney+ this week in Canada. There are two big new releases this week including the finale of the first-ever Marvel Studios series “WandaVision” plus “Raya and the Last Dragon” comes to Disney+ Premier Access.   There is also a brand new “Star Original” Love in the Time of Corona.