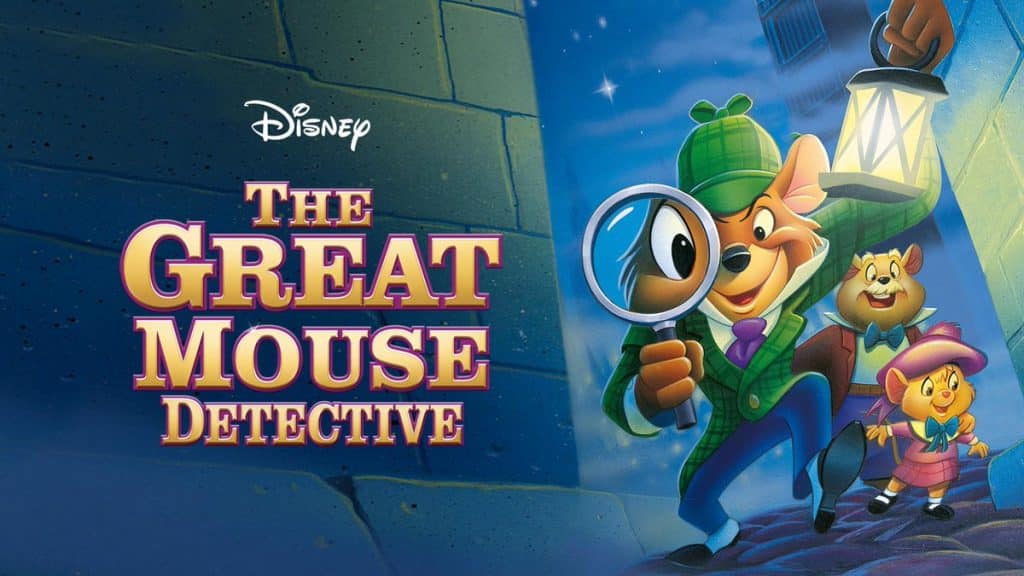 After the devious Sir Ratigan kidnaps an inventor to help him overthrow the Queen of Mice in England, it’s up to Basil of Baker Street and his assistant, Dr. David Q. Dawson, to assist in stopping the evil scheme in “The Great Mouse Detective.” It’s basically the story of Sherlock Holmes if he were a mouse. Sir Ratigan kidnaps Hiram Flaversham and makes him build a mechanical queen. But, Hiram’s daughter; Olivia; is discovered by Dr. Dawson who takes her to see Basil of Baker Street; a detective who has been looking to put Sir Ratigan away.

This is my absolute favorite film of what makes up the Bronze Age of Disney Animation. Sometimes called the Dark Age, or the First Dark Age, the Bronze Age covers the time between the passing of Walt Disney until the Disney Renaissance that started with “The Little Mermaid.” During this time, a lot of Disney’s animated films failed at the box office. They were viewed as lesser quality than the films that Walt had a hand in making, but a lot of them are really just as good as some of the classics we think about. They just had the misfortune of coming at a time when Disney had some struggles.

Immediately following the trainwreck that was “The Black Cauldron” and forced to go up against the Don Bluth animated films of the 80s, like “The Land Before Time,” “All Dogs Go To Heaven” and “An American Tale,” the issue with this film is more the competition was so good than the product was actually bad. Disney’s reputation certainly took a hit with “The Black Cauldron” and while “The Great Mouse Detective” was a moderate box office success, it might have been a better draw if it came at a different time in the Disney landscape. 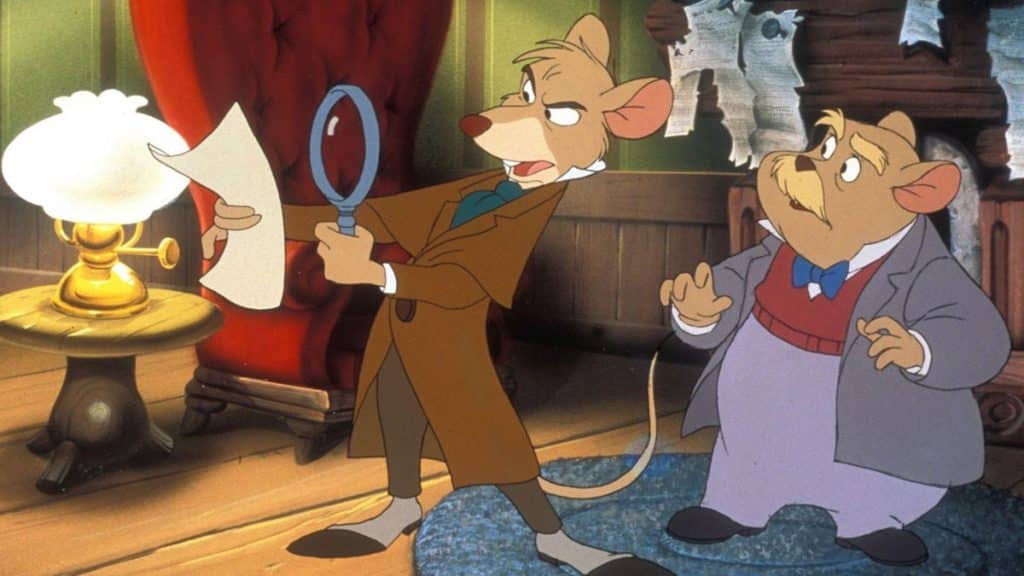 This has one of the best voice casts you’ll hear in any Disney film. Legendary horror actor Vincent Price delivers an amazing vocal performance as Sir Ratigan. Equal parts villainous and charming, you can tell why the crooked mice would follow Sir Ratigan to the ends of the earth, but also understand why others would be completely, and rightfully, put off by him. It was also very nice to hear the voice of Uncle Scrooge McDuck, Alan Young, as Hiram Flaversham. He’s a legend in the pantheon of Disney animation and is a welcome addition to any cast.

I love almost every rendition of Sherlock Holmes I’ve ever seen, and this one is no different. It’s a great way to take the stories of the world’s greatest detective and make them relate to kids. The shocking part of this film though, is the fact that you see both drinking and smoking in it. The 80s were a different time than today, and you will never see drinking and smoking in a kids’ film in 2021 like you did way back in 1986. It gives it a sense of realism for me as an adult, but it’s probably not what people would care to see for their kids today. I understand why that would give some parents pause, but if that doesn’t bother you, please watch this one. It’s a hidden gem that deserves more recognition.

What did you think of “The Great Mouse Detective?”

Jeremy has been a big Disney fan since he was a kid growing up during the Disney Renaissance. One day he hopes to go to every Disney Park in the world.
View all posts
Tags: Bronze Age, Dark Age, disney, retro review, review, The First Dark Age, The Great Mouse Detective