What's On Disney Plus > Blog > Brands > Star Wars > Star Wars: The Bad Batch Coming To Disney+ On May 4th 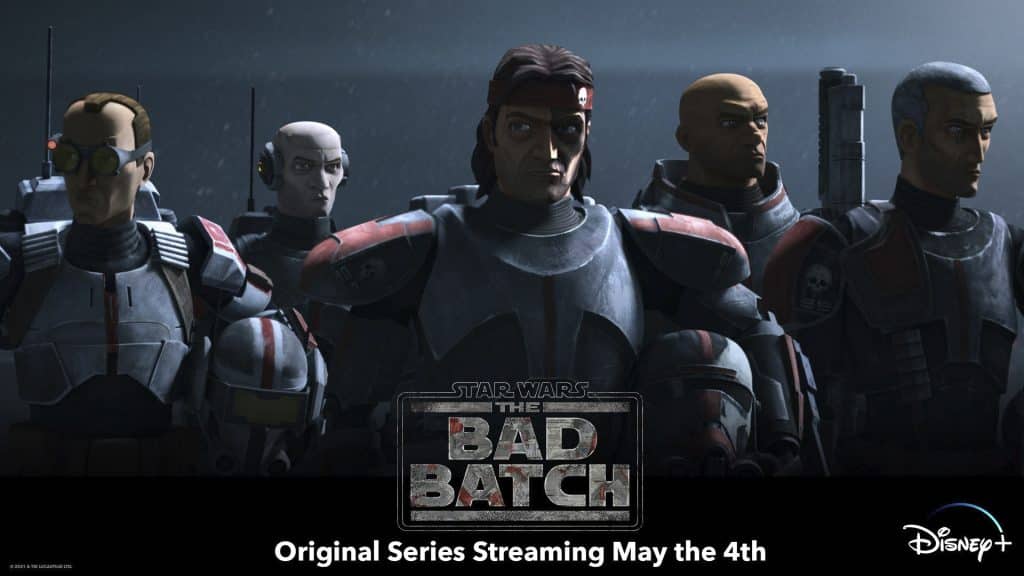 Last year, Disney announced that the “Bad Batch” group of Clone Troopers from the seventh season of “Star Wars: The Clone Wars” would be getting their own spin-off Disney+ series.

It’s now been revealed at the Television Critics Association Winter Press Tour, that Star Wars: The Bad Batch — the next Star Wars animated series – will debut on May the 4th, a.k.a Star Wars Day, exclusively on Disney+, with the second episode premiering on Friday, May 7th. Subsequent episodes will premiere on Fridays.

The series follows the elite and experimental troopers of Clone Force 99 (first introduced in Star Wars: The Clone Wars) as they find their way in a rapidly changing galaxy in the immediate aftermath of the Clone War. Members of Bad Batch, as they prefer to be called — a unique squad of clones who vary genetically from their brothers in the Clone Army — each possess a singular exceptional skill, which makes them extraordinarily effective soldiers and a formidable crew.

Are you looking forward to seeing “The Bad Batch” on Disney+?