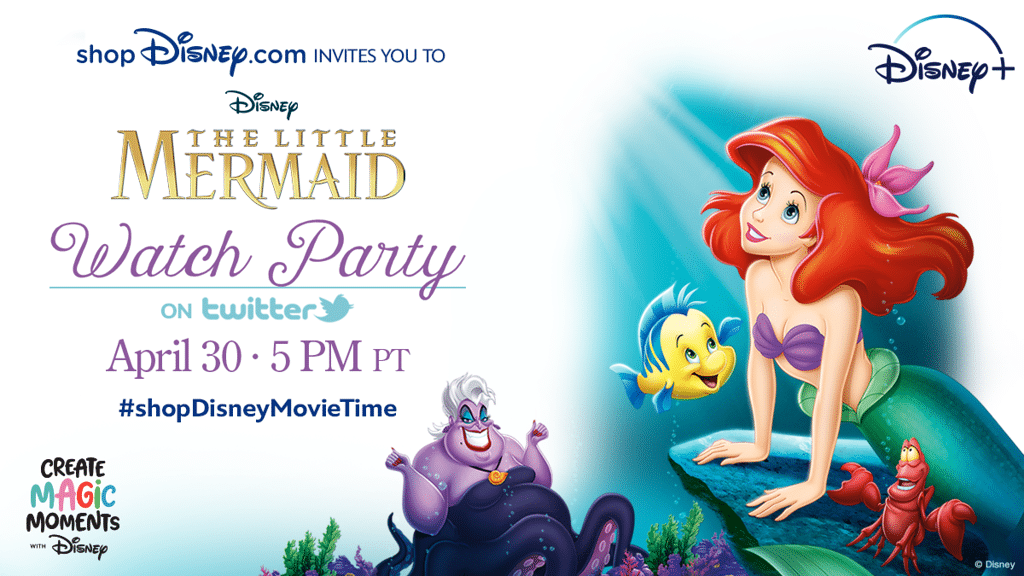 With so many people staying at home, ShopDisney has started hosting Disney+ Twitter watch parties, which people can join in with by using the hashtag #shopDisneyMovieTime!

Disney fans can go under the sea with Disney’s The Little Mermaid and join the watch party from home this Thursday, April 30th on Twitter at 5PM PT. 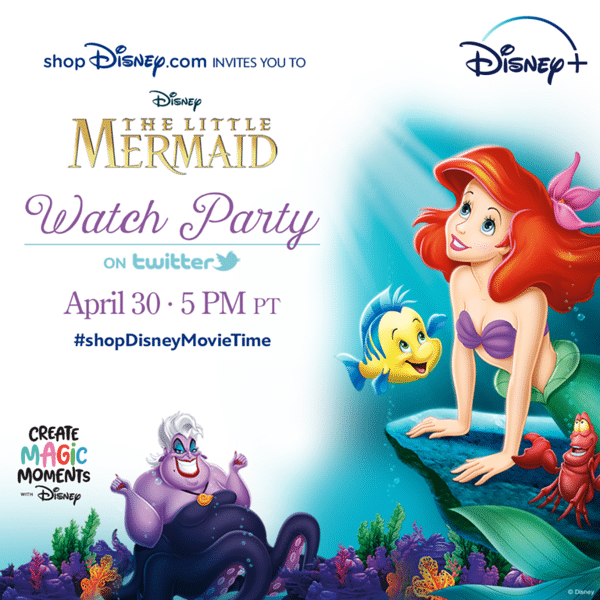 You can also tune in the following week on Thursday, May 7 at 5PM PT to see Disney’s Moana and keep following along with #shopDisneyMovieTime for more real-time updates!

Will you be joining in?