There has been much speculation about what Marvel series could be coming to Disney+ in the future, especially after Disney CEO Bob Iger spoke last week during the companies Investors Call that there are 10 Marvel shows in production for Disney+.

The latest rumor for an upcoming Marvel Disney+ series is based on the Secret Invasion comic book storyline. This rumor has come from Daniel Richtman’s Patreon and Bleeding Cool.

In the comic book mini series, Skrulls had managed to take control of Earth, as their shape shifting abilities had allowed them to infiltrate agencies like Agents of Shield and even replacing superheroes.

The comic book series was released in 2008 and the symposis said:

While in the grips of paranoia, Earth’s mightiest heroes have to band together to fight off an armada of Skrull ships carrying an army of super-charged alien warriors! Traitors are exposed and lives are lost as the shape-shifting zealots lay claim to the planet, and only by compromising their ideals do the heroes stand a chance! 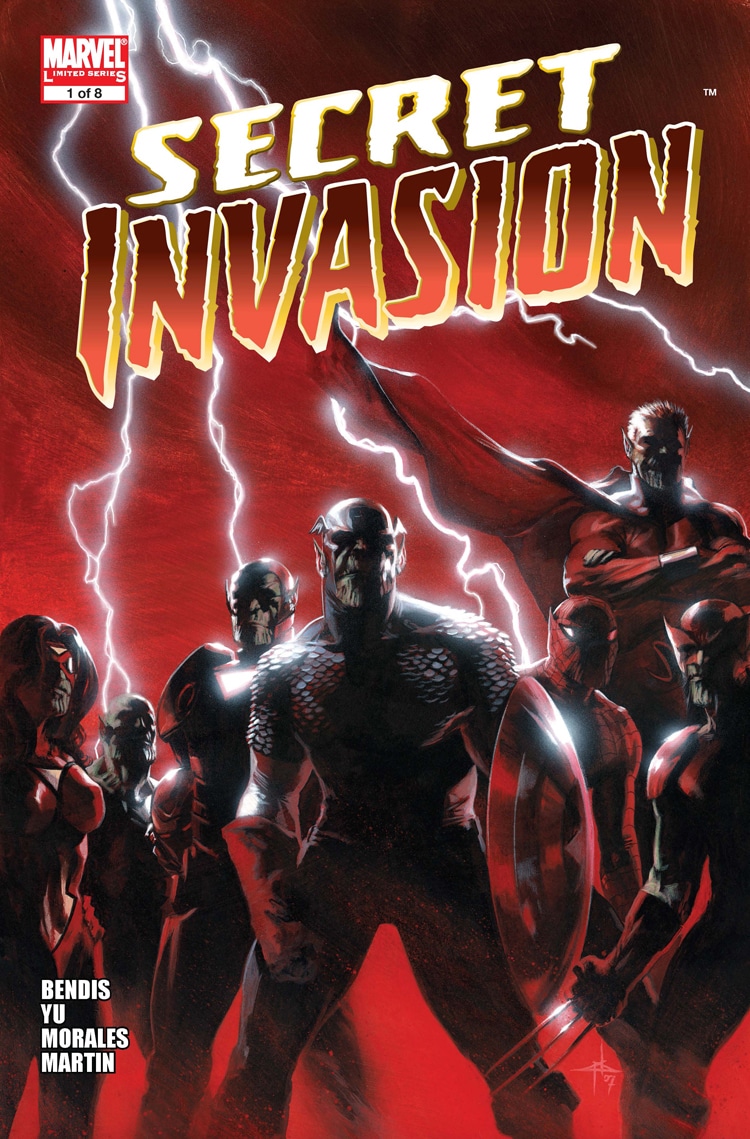 This would tie in with the events of Captain Marvel and Spider-Man: Far From Home, which saw the Skrulls taking the place of well known characters like Nick Fury and Agent Maria Hill.

Captain Marvel 2 is set to hit cinemas in 2022 and could be a way of bringing this story to our screens, which could be followed up in a new Disney+ series or used as a way of building up the next phase of the MCU.

At the moment, this should still be considered a rumor and nothing has officially been announced.

What do you think of a “Secret Invasion” series coming to Disney+?

Roger has been a Disney fan since he was a kid and this interest has grown over the years. He has visited Disney Parks around the globe and has a vast collection of Disney movies and collectibles. He is the owner of What's On Disney Plus & DisKingdom. Email: Roger@WhatsOnDisneyPlus.com Twitter: Twitter.com/RogPalmerUK Facebook: Facebook.com/rogpalmeruk
View all posts
Tags: Marvel, rumor, secret invasion