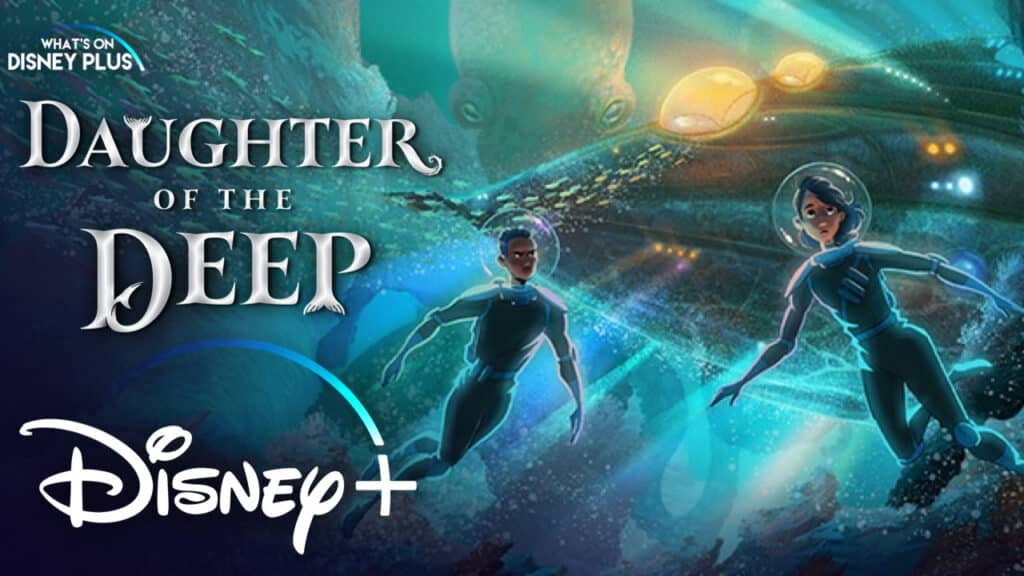 A brand new fantasy film is currently in development for Disney+ based on Rick Riordan’s brand new book “Daughter Of The Deep”.

During a tour event for the launch of the new novel, Rick revealed that he and his wife, Becky, are producing the film through their company, “Mythomagic”.  He is currently co-writing the script, though he hasn’t announced with whom yet.

As I announced last night at the tour event, we are presently developing Daughter of the Deep as a feature film for Disney+. Becky and I will be producing through our company Mythomagic, and I will be co-writing the script with a wonderfully talented partner — more on that soon! This isn’t the only project currently in development for Disney+, he and his wife are also working on a brand new fantasy-adventure series based on his “Percy Jackson And The Olympians” books.

Very little information has yet been announced for this new project, but Rick Riordan is regularly communicating what he is doing with his multiple projects in development, so hopefully, more details are revealed soon.

The “Daughter Of The Deep” novel is due to be released on Tuesday 26th October 2021.

Are you looking for a film based on this new novel?

Roger has been a Disney fan since he was a kid and this interest has grown over the years. He has visited Disney Parks around the globe and has a vast collection of Disney movies and collectibles. He is the owner of What's On Disney Plus & DisKingdom. Email: Roger@WhatsOnDisneyPlus.com Twitter: Twitter.com/RogPalmerUK Facebook: Facebook.com/rogpalmeruk
View all posts
Tags: daughter of the deep