Disney has released a trailer for the upcoming Pixar short, “Ciao Alberto”, which is set after the events of “Luca” and hits our screens on Disney+ Day.

With his best friend Luca away at school, Alberto is enjoying his new life in Portorosso working alongside Massimo—the imposing, tattooed, one-armed fisherman of few words—who’s quite possibly the coolest human in the entire world as far as Alberto is concerned. He wants more than anything to impress his mentor, but it’s easier said than done.

Here’s a look at the poster for this short: 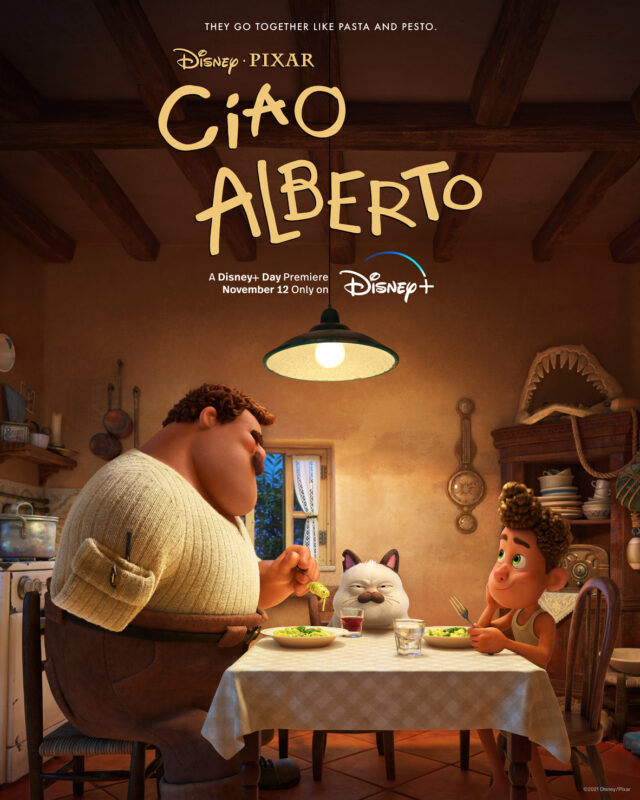 The short is directed by McKenna Harris and produced by Matt DeMartini.

Are you looking forward to watching “Ciao Alberto”?

Roger has been a Disney fan since he was a kid and this interest has grown over the years. He has visited Disney Parks around the globe and has a vast collection of Disney movies and collectibles. He is the owner of What's On Disney Plus & DisKingdom. Email: Roger@WhatsOnDisneyPlus.com Twitter: Twitter.com/RogPalmerUK Facebook: Facebook.com/rogpalmeruk
View all posts
Tags: Ciao Alberto, disney+ day, luca