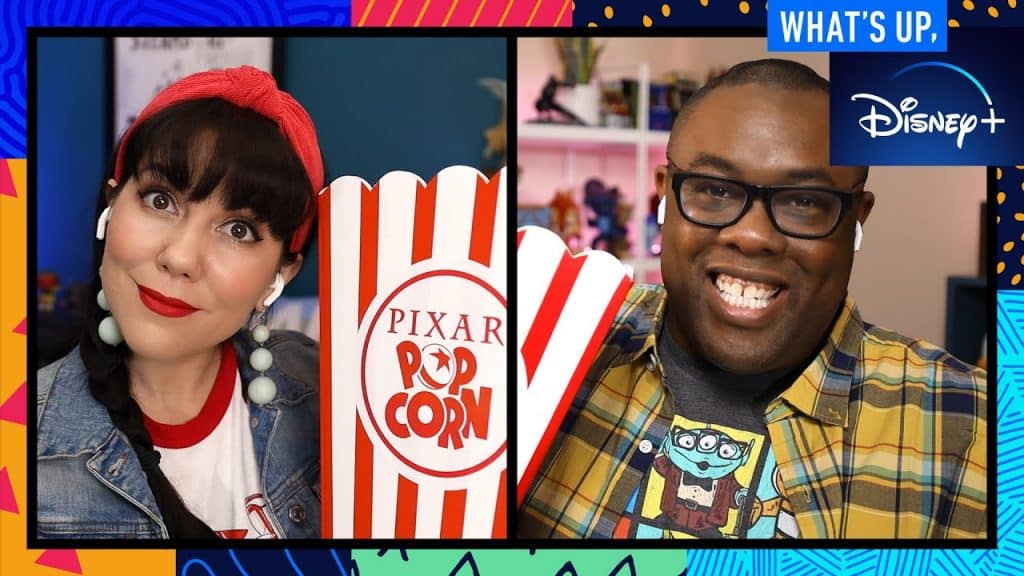 Disney has released a new episode of the “What’s Up Disney+“ show, which is hosted by Andre Meadows and Jenny Lorenzo.  They play a game of trivia in anticipation of Pixar Popcorn, a collection of Disney+ Original Shorts.

Plus, they meet Madeline Sharafian, the director of Burrow, one of Pixar’s SparkShorts. Finally, they celebrate the 60th anniversary of 101 Dalmatians.

Watch the episode below: