During Disney’s Epic Entertainment Showcase: The Musical: The Extravaganza! panel at D23 Expo in Anaheim, California, a first teaser trailer for the new Disney+ Original series, “Percy Jackson and the Olympians”.

The new series will star Walker Scobell as Percy Jackson, along with Aryan Simhadri and Leah Sava Jeffries, who appeared on the stage to reveal the trailer, with the show’s creator Rick Riordan. 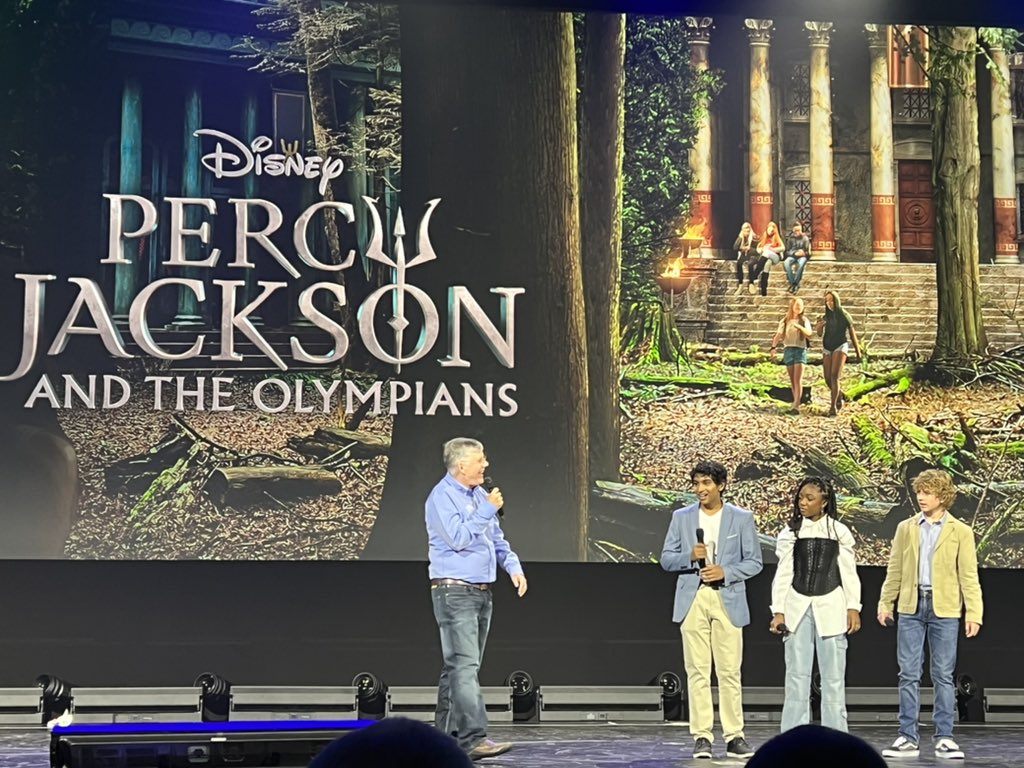 “Percy Jackson and the Olympians” will arrive on Disney+ soon.