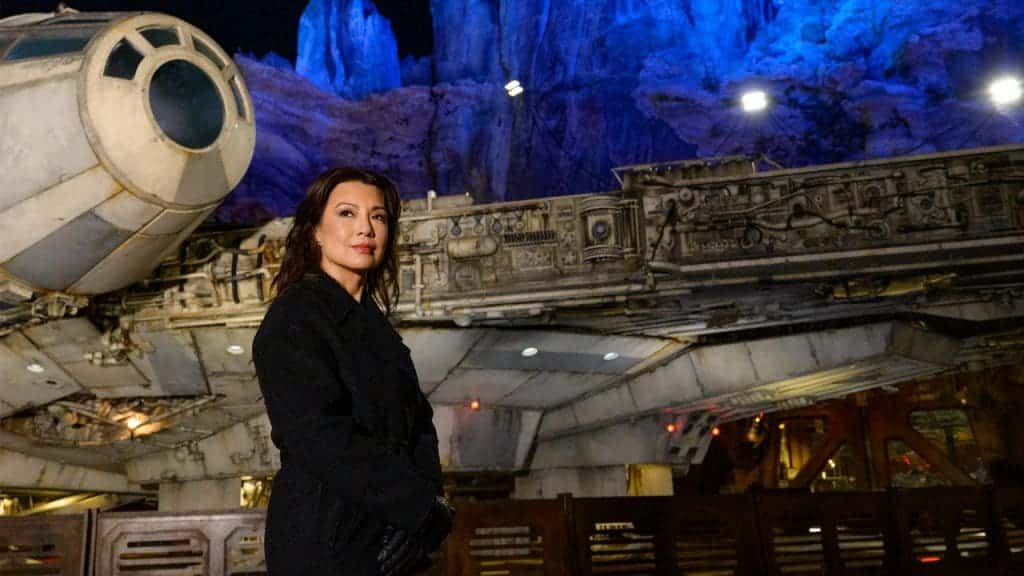 During her visit, Ming-Na also stopped by the Downtown Disney District to sit in the replica of the iconic throne featured in “The Book of Boba Fett.” 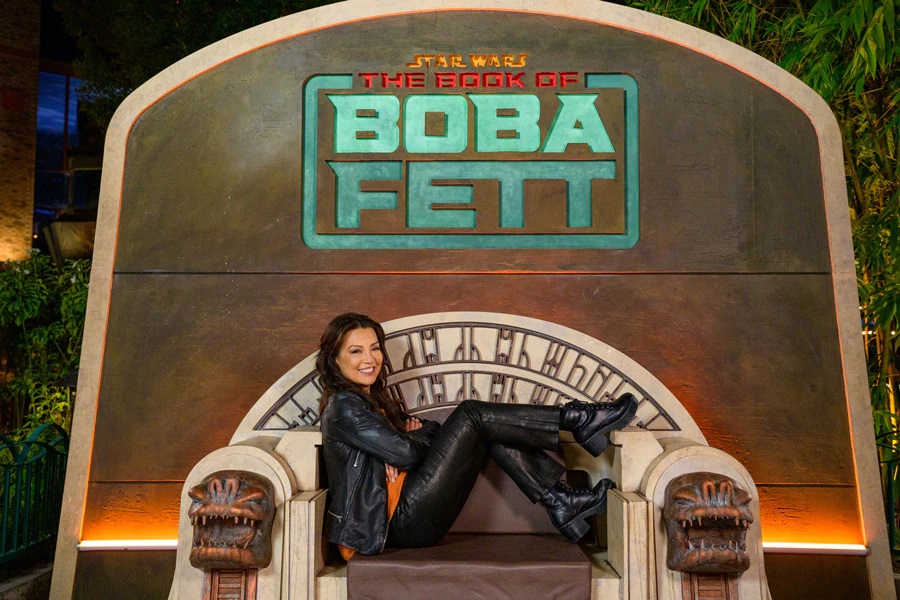 The Boba Fett throne photo location is located outside of the entrance at the Star Wars Trading Post in Downtown Disney District for a limited time.

The first episode of “The Book Of Boba Fett” is available on Disney+ now.