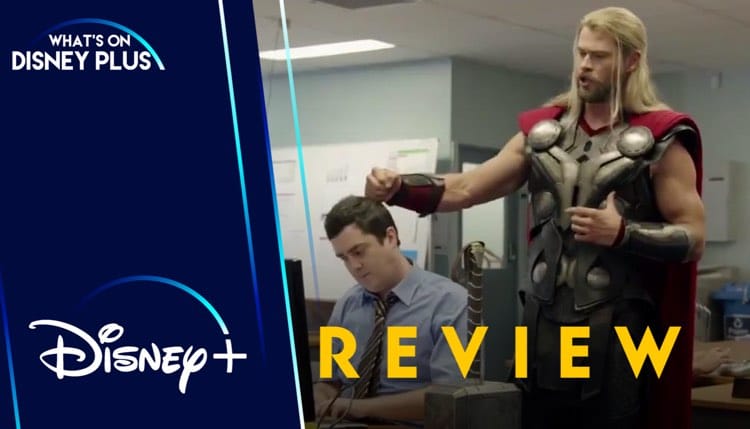 Ever wonder what Thor would be like if he were in an episode of “The Office?” That’s kind of the point of the 2016 Marvel One-Shot, “Team Thor Part 1.” This One-Shot is set up like a satirical documentary that looks at what Thor was possibly doing during the events of “Captain America: Civil War.” It’s very much like a shortened version of “The Office” or “Parks and Recreation.” And, I don’t really know if that’s good or bad.

This One-Shot was directed by Taika Waititi, who would also direct “Thor: Ragnarok,” and I have a feeling that this was filmed at the same time as “Thor: Ragnarok.” In the One-Shot, Thor has moved to Australia and is living with Darryl while Iron Man and Captain America are at odds with each other. Neither side has contacted him, so he claims he’s forming his own team, which is just him at the moment. He’s also visited by Bruce Banner who is constantly being contacted by Tony Stark to join Team Iron Man but constantly refuses. It’s a funny bit. The location and special guest make sense since “Thor: Ragnarok” featured Bruce Banner and The Incredible Hulk and was shot in Australia. Waititi’s trademark humor is on display in this One-Shot and I find it just as enjoyable as I always do. This is the first of a two part “One-Shot.” Maybe “Team Thor” should’ve been called a “Two-Shot” then. I like it but I don’t love it. I think the timing of when I saw it hurt my enjoyment of it. While this was clearly released before “Thor: Ragnarok,” I didn’t see it until after that film, meaning I know that Thor not actually on Earth during the events of “Captain America: Civil War” and neither is Bruce Banner. It’s fun in the mockumentary way that it’s presented, but it loses its luster since I know this. Although, after seeing this, part of me wishes Thor was actually just hanging out in Australia while the Avengers fell apart, but I’m glad we finally got a good “Thor” movie instead.

Clearly, there’s a “Team Thor: Part 2” and a “Team Darryl” One-Shot coming up, so I’m expecting a full three part series in this mockumentary style. I’m looking forward to them, but much like “A Funny Thing Happened on the Way to Thor’s Hammer,” they don’t have much to do with the overall Marvel Cinematic Universe. That’s not a bad thing, but I much prefer the ones with bigger connections. Still, this was very funny.

Jeremy has been a big Disney fan since he was a kid growing up during the Disney Renaissance. One day he hopes to go to every Disney Park in the world.
View all posts
Tags: disney, Marvel, One-Shot, review, Team Thor Part 1