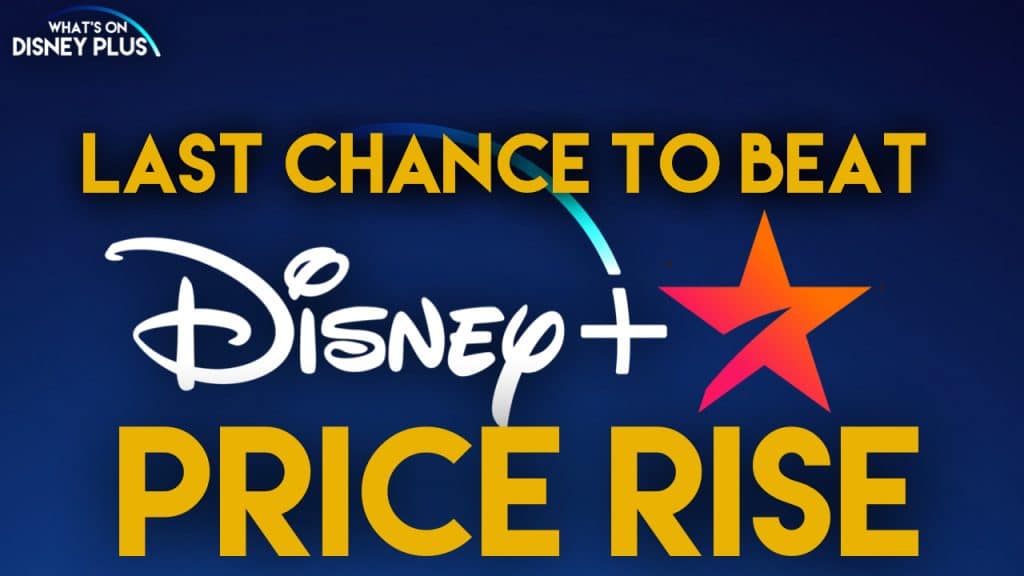 With Disney launching its new general entertainment brand “Star” on Disney+ on Tuesday 23rd February, the price of the streaming service is going up.

If you are a monthly subscriber or aren’t yet a subscriber, today is the last day to get a Disney+ annual subscription for the existing price, which could save around £20 a year.

Pricing on IAP platforms may vary based on platform limitations for country-specific pricing and/or currencies in the region.

The good news for existing customers in Europe, Australia, New Zealand, and Canada, current prices for existing subscribers will be honoured for 6 months, with the price change taking effect on 23rd August 2021.

Disney has released a flow chart to give a clearer idea of how this works:

Disney+ will also be going up in the United States on March 23rd by a dollar, as will the Disney Streaming Bundle with ESPN+ and Hulu.

Are you going to take out an annual subscription today?

Roger has been a Disney fan since he was a kid and this interest has grown over the years. He has visited Disney Parks around the globe and has a vast collection of Disney movies and collectibles. He is the owner of What's On Disney Plus & DisKingdom. Email: Roger@WhatsOnDisneyPlus.com Twitter: Twitter.com/RogPalmerUK Facebook: Facebook.com/rogpalmeruk
View all posts
Tags: disney, price