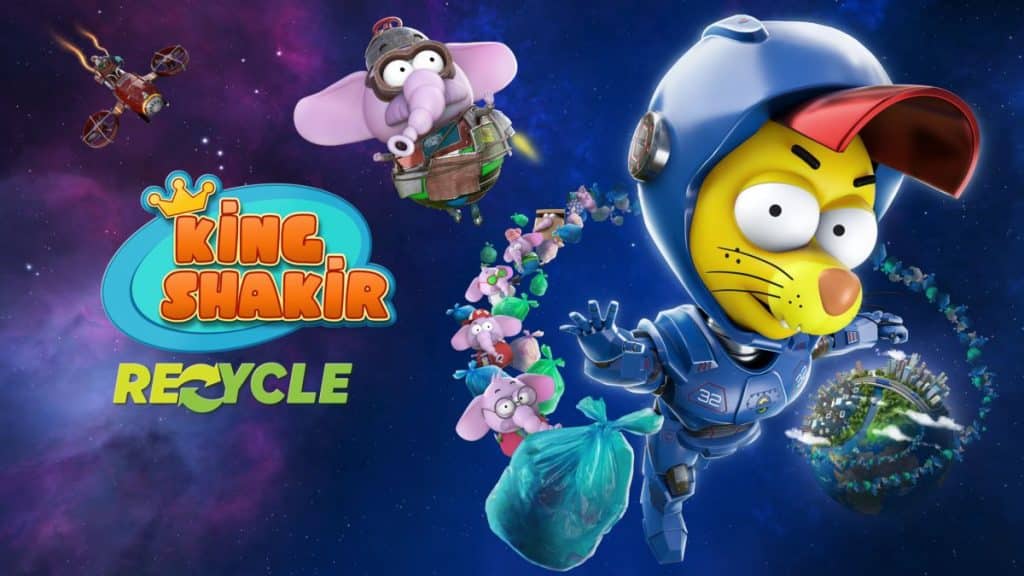 Disney has announced that the Turkish animated movie, “King Shakir Recycle”, is going to be released exclusively on Disney+ in the United States on Wednesday, 18th January 2023.

The film is based on “King Shakir”, which is a Turkish TV cartoon created by Varol Yaşaroğlu, along with the creative works of Berk Tokay and Haluk Can Dizdaroğlu and produced by Grafi2000 for Cartoon Network Turkey. The series follows the adventures of the lion Shakir and his friends and family. It was launched in 2016 as Cartoon Network Turkey’s first local series. Since then, the TV cartoon series has aired in more than 20 countries in many languages, reaching millions of children across Europe, Middle East and North Africa.  The TV series has tackled a range of sustainable development challenges, including climate action, recycling, responsible consumption, gender equality, biodiversity and healthy lifestyles.

“King Shakir Recycle” is directed by Haluk Can Dizdaroglu and Berk Tokay. The film has previously been released on Disney+ in other countries, including Turkey.

Roger has been a Disney fan since he was a kid and this interest has grown over the years. He has visited Disney Parks around the globe and has a vast collection of Disney movies and collectibles. He is the owner of What's On Disney Plus & DisKingdom. Email: Roger@WhatsOnDisneyPlus.com Twitter: Twitter.com/RogPalmerUK Facebook: Facebook.com/rogpalmeruk
View all posts
Tags: "King Shakir Recycle"