It looks like production on the upcoming Marvel Disney+ series, Hawkeye, is going to filming soon as actor Jeremy Renner posted the logo for Hawkeye in his Instagram story today along with the caption “Time to start stretching.” 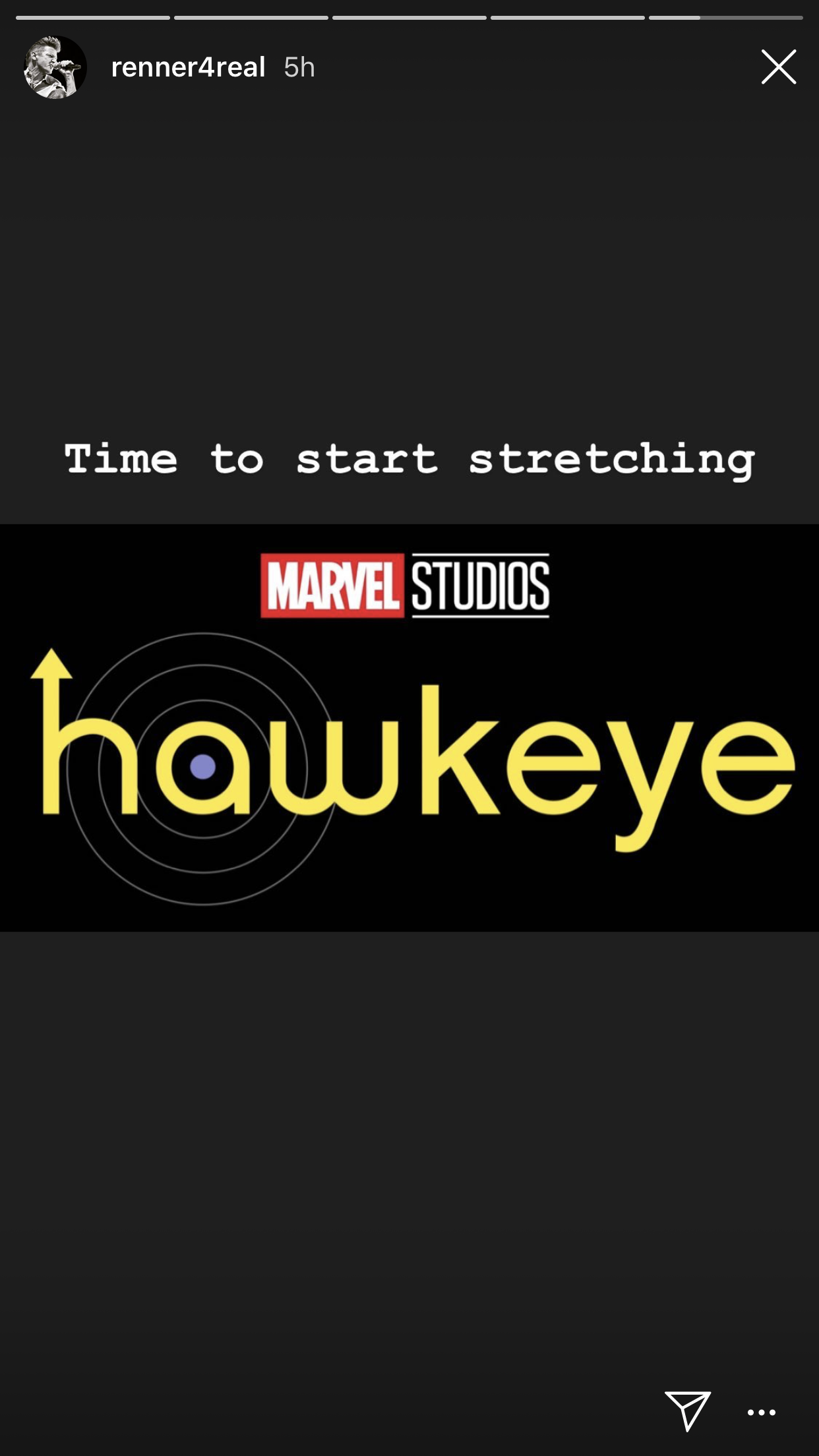 The new Hawkeye series is due to arrive on Disney+ in 2021 and there have been rumours of the show suffering some delays, but it looks like the actor is getting ready to suit back up.