What's On Disney Plus > Blog > Brands > Disney > “IN THE SOOP : Friendcation” Trailer Released 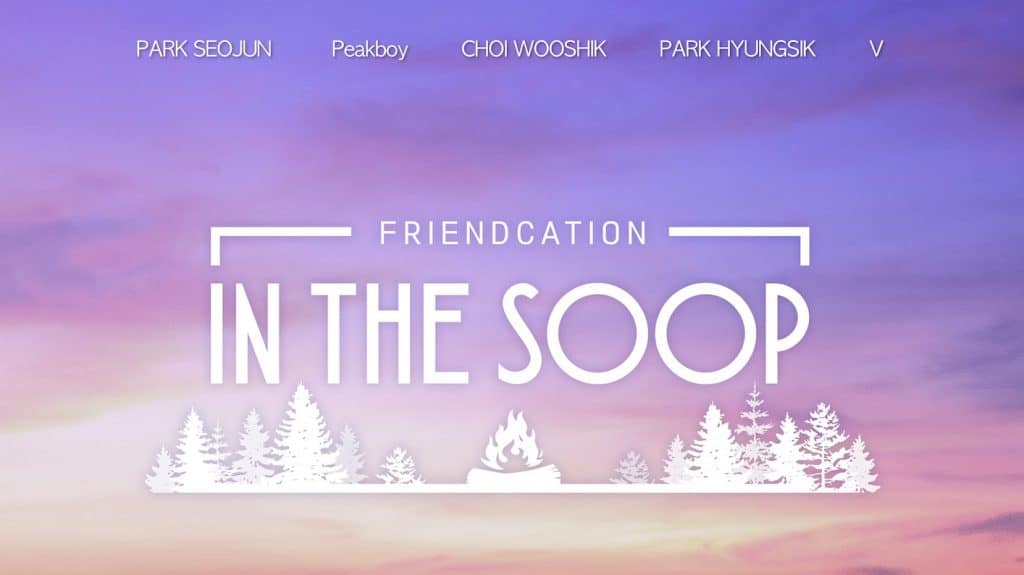 Disney has released a new trailer for the upcoming original series, “IN THE SOOP : Friendcation,” which will be streaming exclusively on Disney+ on 19 October around the world.

Hidden away from the world, this brand-new travel reality series shows the friends taking time to enjoy nature and indulge in their favorite pastimes in the soop (in the forest). Throughout the course of the four-episode series, viewers will get to see the stars and best friends relax over a well-earned break away from the pressures of day-to-day stardom.

“IN THE SOOP : Friendcation” is a spinoff of the “IN THE SOOP” series and is the latest series to join the ever-expanding library of endless entertainment available on Disney+. Fans of K-Pop can also enjoy “BTS: PERMISSION TO DANCE ON STAGE – LA” currently streaming on Disney+. This exclusive cinematic 4K concert film features BTS’ live performance in Los Angeles’ Sofi Stadium in November 2021.

Are you looking forward to watching “IN THE SOOP : Friendcation”?

Roger has been a Disney fan since he was a kid and this interest has grown over the years. He has visited Disney Parks around the globe and has a vast collection of Disney movies and collectibles. He is the owner of What's On Disney Plus & DisKingdom. Email: Roger@WhatsOnDisneyPlus.com Twitter: Twitter.com/RogPalmerUK Facebook: Facebook.com/rogpalmeruk
View all posts
Tags: "In The Soop: Friendcation"