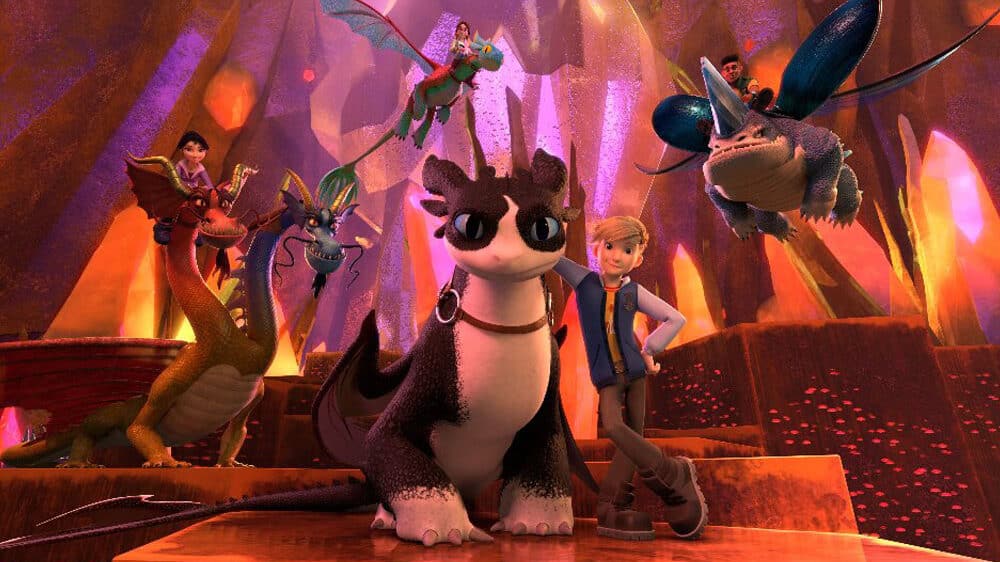 Hulu has released a new trailer for the upcoming second season of the animated series, “Dragons: The Nine Realms.

With Project ICARIS furthering expeditions deeper into the fissure, keeping dragons a secret is becoming increasingly harder for the Dragon Riders. Meanwhile Jun, D’Angelo and Alex are growing more suspicious of Tom and Thunder’s frequent solo quests, revealing Tom’s mission of uncovering his viking heritage and mysterious connection with dragons.

New episodes will start streaming on Hulu on Thursday, May 5th 2022.

Roger has been a Disney fan since he was a kid and this interest has grown over the years. He has visited Disney Parks around the globe and has a vast collection of Disney movies and collectibles. He is the owner of What's On Disney Plus & DisKingdom. Email: Roger@WhatsOnDisneyPlus.com Twitter: Twitter.com/RogPalmerUK Facebook: Facebook.com/rogpalmeruk
View all posts
Tags: dragons: the nine realms, hulu