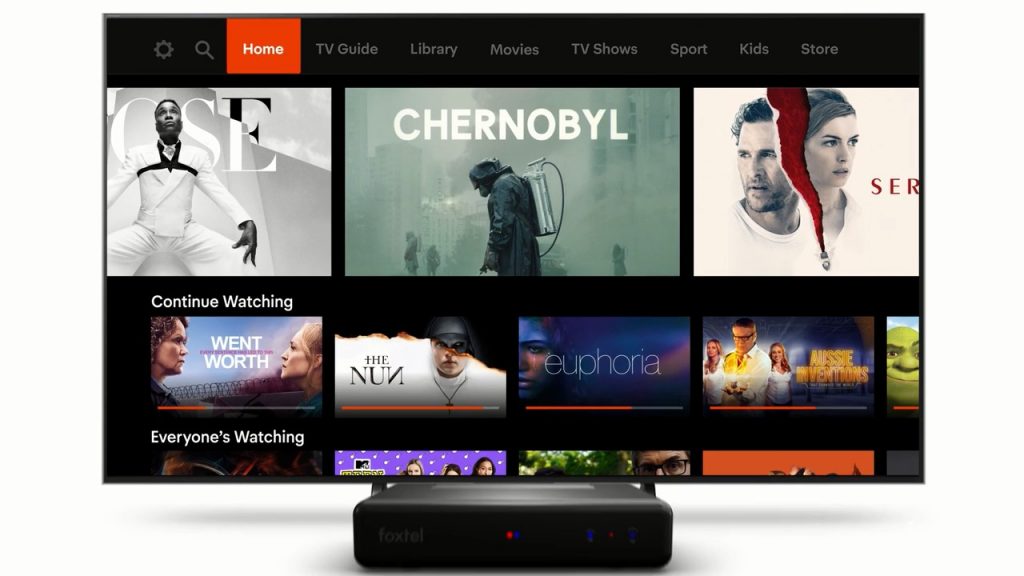 Disney+ is set to launch in Australia on November 19th, a week after it launches in Canada and the US.  The launch is set to have a major impact on Foxtel services with the removal of Disney movies and channels in Australia.

From November 7th, the Disney Movie Channel will be removed from the Foxtel and replaced with a new channel called Fox Movie Kids, which will include movies such as Adventures of Elmo in Crouch Land and Wallace & Gromit: Curse of the Were Rabbit.  Foxtel is promoting this new channel as a dedicated space “for kids providing peace of mind for parents.”

The Disney Channel and Disney Junior channels have had their contract extended until February 2020.   While new Disney movies will still be offered via their Pay Per View channels and 20th Century Fox shows will continue to be available on Foxtel.

Foxtel is having a complete reshuffle of its channels on November 7th, with Foxtel CEO Patrick Delany saying “FOX is a breakthrough global entertainment brand known for surprising and shaking things up. These new FOX-branded TV channels allow us to take control of our entertainment programming based on bold channel personalities that keep things fresh and aligned to what our customers want from us. They will also deliver great outcomes for our advertisers.

“The channels are unapologetically and unmistakably Foxtel. They are exclusive to us and make it even easier for our customers to access our huge range of television, from the latest international and local drama series to the most popular crime and comedies.

“They add to our existing flagship FOX-branded channels and will be home to thousands of hours of the best live and on demand TV. There is no other collection of channel brands like it on Australian television or streaming platforms.”

This won’t be the only way to watch Disney movies being effected before Disney+ launches, as Stan’s contract with Disney expires in October, which will then see its library of over 100 Disney movies including Marvel and Star Wars leave the service for Disney+.

Disney have been pulling content from many different local providers for the launch of Disney+, so this situation will likely be similar for other countries in the future before Disney+ launches.

Are you a Foxtel or Stan subscriber?

Roger has been a Disney fan since he was a kid and this interest has grown over the years. He has visited Disney Parks around the globe and has a vast collection of Disney movies and collectibles. He is the owner of What's On Disney Plus & DisKingdom. Email: Roger@WhatsOnDisneyPlus.com Twitter: Twitter.com/RogPalmerUK Facebook: Facebook.com/rogpalmeruk
View all posts
Tags: disney, foxtel, stan