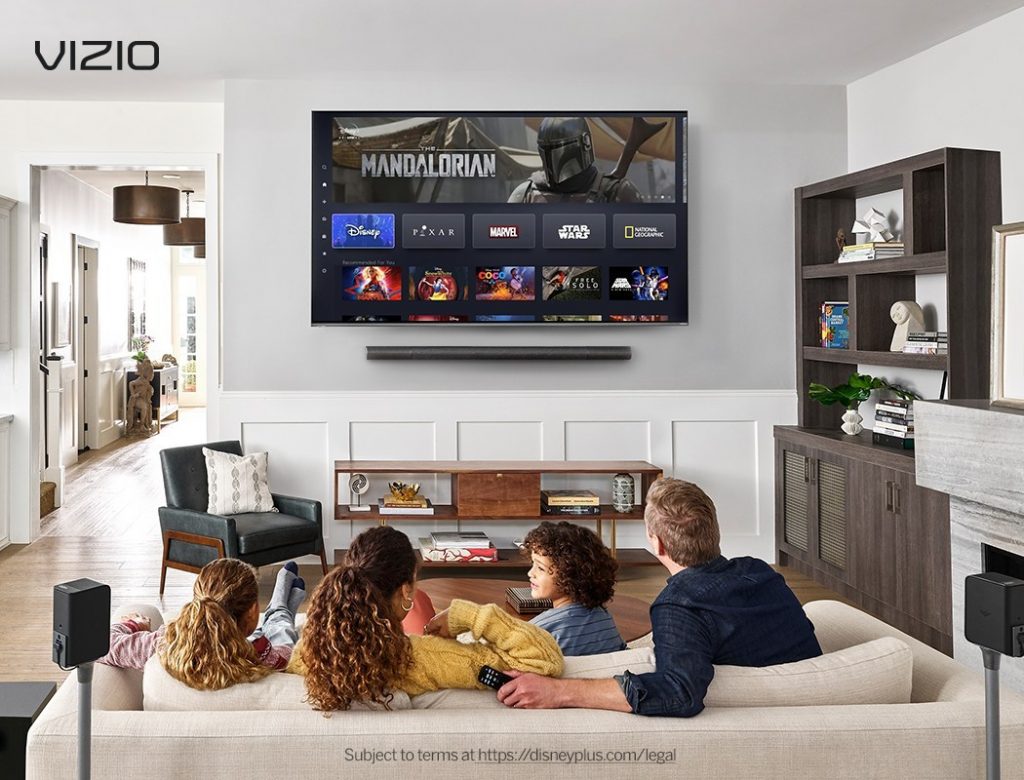 Vizio has announced that Disney+ is now available on its SmartCast Smart TV;s. While VIZIO users have been able to stream Disney+ on SmartCast through Apple AirPlay 2 and Chromecast built-in, this update allows viewers to launch the app and search for Disney+ content directly from the SmartCast home screen.

Disney+ offers consumers the ability to enjoy their favorite movies and TV shows from Disney, Pixar, Marvel, Star Wars, National Geographic – in addition to exclusive Disney+ originals – in high quality with support for up to 4K UHD and HDR video playback. The Disney+ app is available on the SmartCast platform in the United States, Canada, and Puerto Rico, and users in these locations can find and subscribe through the apps row on SmartCast Home™ or through the SmartCast Mobile app.

“At VIZIO, we are always working to provide the best home entertainment experience for our users,” said Bill Baxter, Chief Technology Officer, VIZIO. “We are excited to bring Disney+ onto the SmartCast platform to give viewers access to even more content to enjoy.”

Are you going to be watching Disney+ on your Vizio Smart TV?

Roger has been a Disney fan since he was a kid and this interest has grown over the years. He has visited Disney Parks around the globe and has a vast collection of Disney movies and collectibles. He is the owner of What's On Disney Plus & DisKingdom. Email: Roger@WhatsOnDisneyPlus.com Twitter: Twitter.com/RogPalmerUK Facebook: Facebook.com/rogpalmeruk
View all posts
Tags: disney, vizio