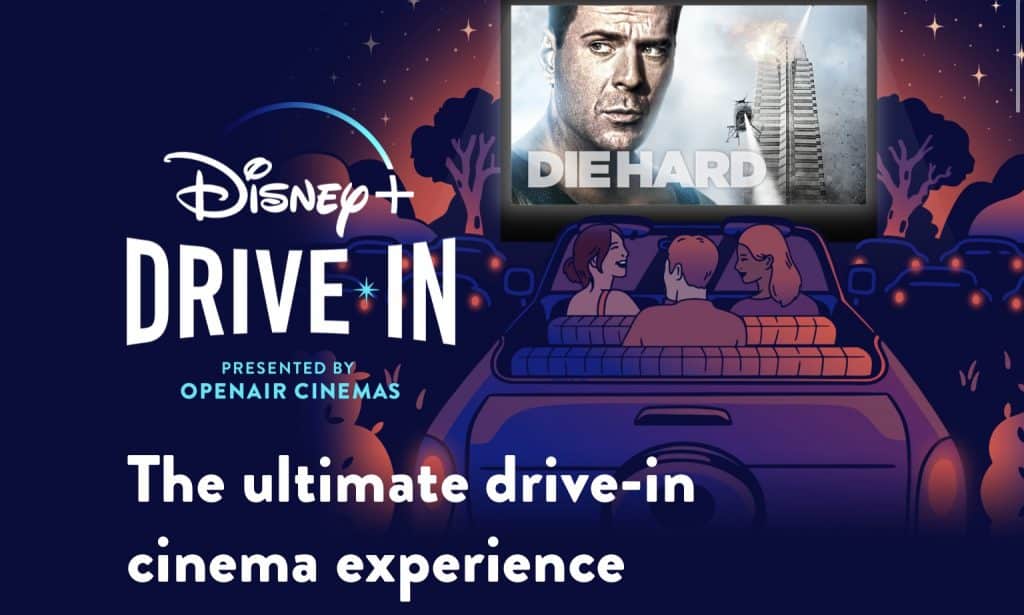 To tie-in with the release of “Star” as the sixth tier of Disney+ on February 23rd, Disney is bringing back the “Disney+ Drive-In Cinema Experience”.   There will be a number of open-air showings of movies that will soon be available on Disney+ in Australia including “Alien”, “Die Hard”, “Speed” and many more.

The “Disney+ Drive-In” will be taking place at select dates from February 23rd until March 21st at the Melbourne Showgrounds.  Each date will see a different film being shown and due to the mature nature of many of the films, showings start at 8:30 PM.

Tickets are priced at $47.64 for a single cars entrance to the drive in.  Tickets are available now.

Will you be attending the Disney+ Drive-In?

Roger has been a Disney fan since he was a kid and this interest has grown over the years. He has visited Disney Parks around the globe and has a vast collection of Disney movies and collectibles. He is the owner of What's On Disney Plus & DisKingdom. Email: Roger@WhatsOnDisneyPlus.com Twitter: Twitter.com/RogPalmerUK Facebook: Facebook.com/rogpalmeruk
View all posts
Tags: australia, star